McDonald’s to launch vegan McPlant range in the US

McDonald's will be launching a plant-based range of products including a burger in the US entitled 'McPlant'.

McDonald’s is one of the largest restaurant chains in the world whether we like it or not. Therefore, it holds the largest potential to influence consumers as the ultimate convenience food retailer.

Now, McDonald’s will be introducing millions of Americans to plant-based meat when its new McPlant range launches across the pond with plant-based burgers, chicken substitutes and breakfast sandwiches on the menu.

There is no word yet on who will be supplying the fast-food chain with its new meat alternative but McDonald’s has tested out a plant-based burger in Canada with Beyond Meat.

Although our McDonald’s vegan options in the UK are a bit lacklustre, the chain is no stranger to plant-based meats. Germany and Israel have the ‘Big Vegan’ burger, Scandinavia have the McVegan, and Canada has been trialling the P.L.T. It’s about time the US got a plant burger too.

In America, not even the McDonald’s fries are vegan friendly, as they are cooked in beef fat (don’t worry, ours aren’t!). Therefore, the introduction of the McPlant range in the US really will be revolutionary. 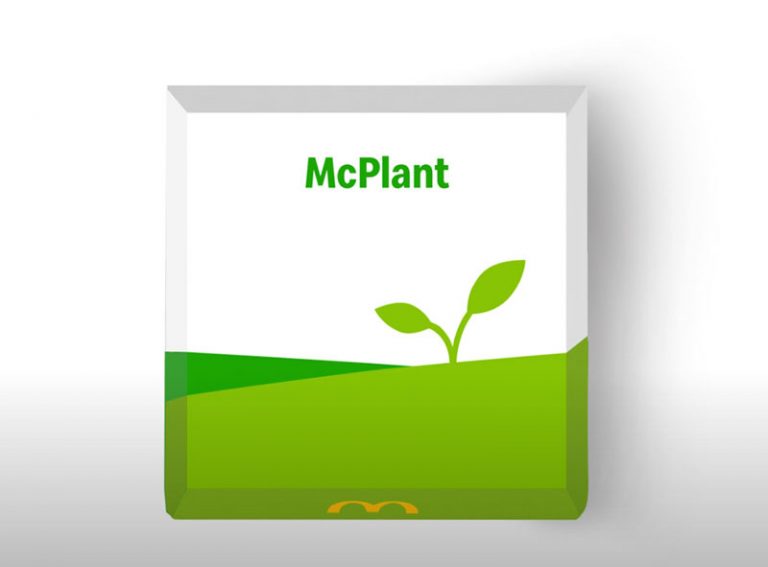 The potential for plant-based options to revolutionise the fast-food industry has been evidenced by the roaring success of the KFC Original Recipe Vegan Burger.

Completely sold out within days, the burger was wildly successful and went on to win Best Vegan Burger at the PETA Vegan Food Awards. Surely the McDonalds launch will follow the same path?

In a blog post, the company said: “Based on what we learned and an encouraging response, we’re excited to give you a sneak preview of the McPlant – a delicious plant-based burger crafted for McDonald’s, by McDonald’s, and with the kind of craveable McDonald’s flavour our customers love.

“When the new McPlant burger is rolled out, customers can expect it to be similar to traditional menu items, with the McPlant served on a “warm, sesame seed bun with all the classic toppings”.

‘The future of meat’

In a statement sent to Vegan Food & Living, the Good Food Institute added: “Burger King has the Impossible Whopper, and now McDonald’s has the McPlant. McDonald’s global launch of a plant-based burger is the clearest signal yet that plant-based meat will be the future of meat.

“The Good Food Institute helps restaurants and food companies to ensure that plant-based meat can compete and win on the key drivers of food choice: taste, price, and convenience. And, “It doesn’t get much more convenient than McDonald’s.”

We hope that the McPlant range will be rolled out to the UK soon after, so vegans can get some decent grub at McDonald’s!

Love finding new vegan products to try?
Here are all the latest new vegan mock meat products to launch in the UK that you might have missed.