The Double McPlant, which will be available in all restaurants across the UK and Ireland from January 4, boasts two vegan patties from plant-based brand Beyond Meat

McDonald’s has announced it will be adding to the already growing McDonald’s vegan menu with a new vegan burger – its Double McPlant, boasting two patties from plant-based brand Beyond Meat.

The new supersized sandwich, which will be available in all restaurants across the UK and Ireland from January 4, is aimed at flexitarians and meat-eaters as well as vegans.

According to McDonald’s, the item is vegan certified and cooked separately from its other burgers and sandwiches, using dedicated utensils. 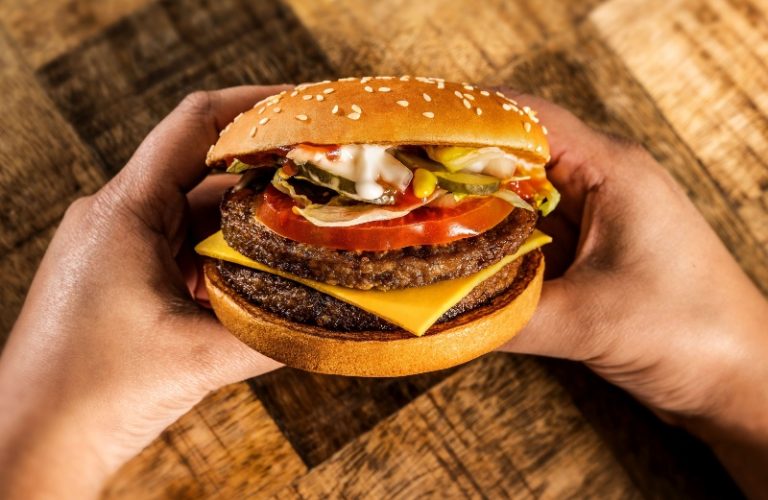 The newest addition to McDonald’s vegan range, its Double McPlant, follows what the chain describes as its ‘wildly successful’ McPlant, which was trialed at the end of 2021, and rolled out across the nation earlier this year.

After being tested in selected stores, the brand described the trial as ‘remarkable’ – and has seen described it as being ‘wildly successful with customers’.

Speaking as the burger rolled out across the UK and Ireland, Michelle Graham-Clare, chief marketing officer at McDonald’s UK and Ireland, said: “We’re so pleased that our McPlant is now officially ‘everywhere’ and available for more of our customers to taste and enjoy.

“We saw a remarkable response to the trial period back in October. And, now McPlant is on the high-street, in retail parks and service stations all over the UK and Ireland.”

Speaking about the collaboration with McDonald’s, Founder and CEO of Beyond Meat Ethan Brown commented: “We will combine the power of Beyond Meat’s rapid and relentless approach to innovation with the strength of McDonald’s global brand to introduce craveable, new plant-based menu items that consumers will love.”

Looking for a plant-based bite on the go? Find out about McDonald’s vegan menu here