The company has previously launched a vegan version of its popular Galaxy chocolate, now available in four tempting flavours, but is branching out to give a vegan makeover to two of its most iconic chocolate bars, Bounty and Topic.

Launching in Morrisons’ Health and Wellbeing section from today and Bounty Vegan in Asda from the end of January, the Bounty Vegan and Topic Vegan chocolate bars will be priced at £3 and are registered with The Vegan Society trademark. 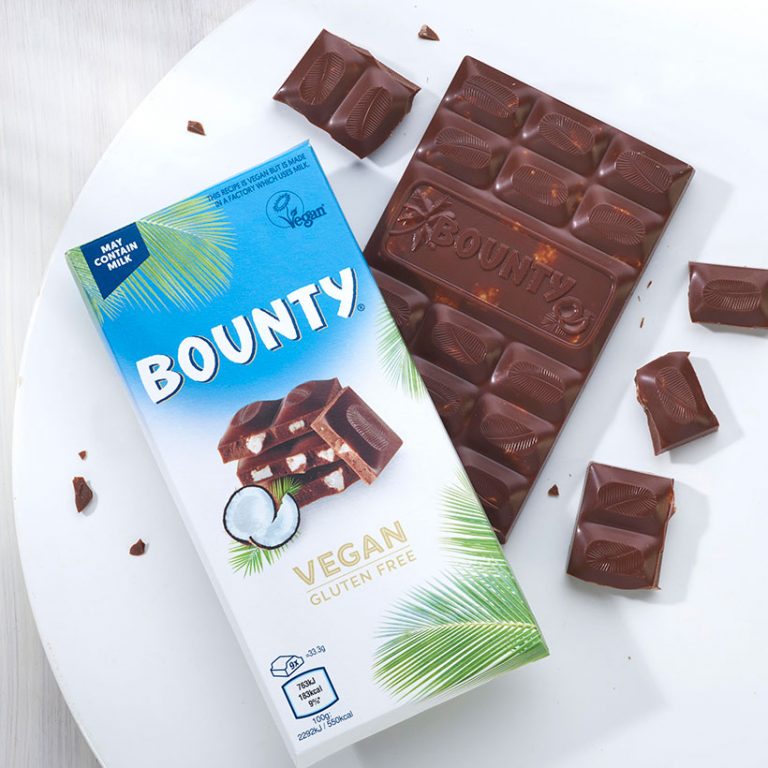 Mars’ vegan Bounty and Topic bars are different to their non-vegan counterparts however as rather than featuring a soft centre enrobed with chocolate, the bars will be similar to the Vegan Galaxy bars in that they are studded with chunks.

Inspired by the tropic taste of a Bounty bar, the new Bounty Vegan features diced coconut blended with smooth and creamy almond paste to create a bar of vegan chocolate which melts in the mouth.

Those who enjoy the nutty taste of a Topic bar will love the new Topic Vegan which combines hazelnut paste and rich cocoa with whole hazelnuts creating a delightful nutty chocolate bar. 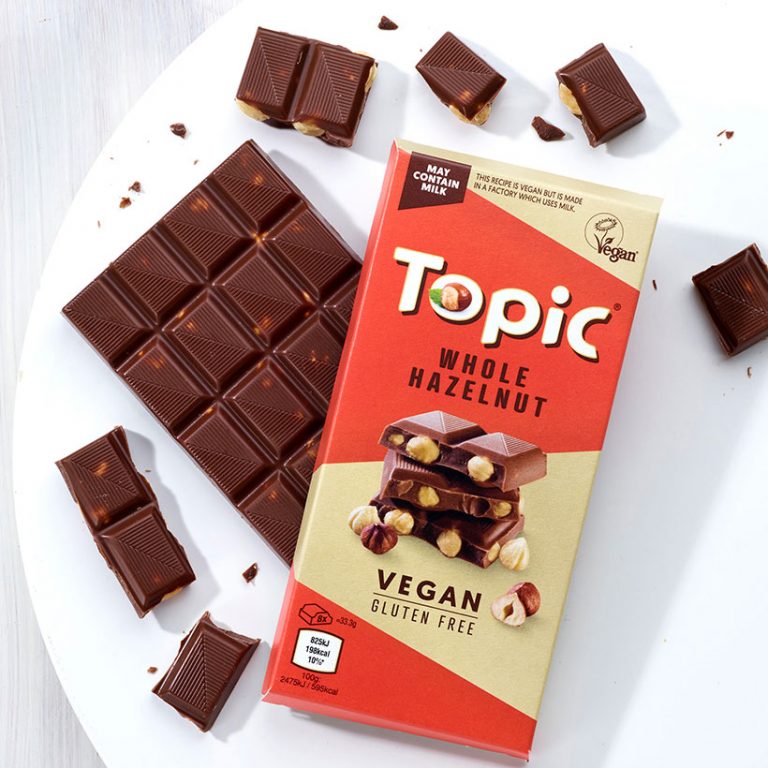 As well as launching vegan chocolate bars, Mars has also given its Galaxy hot chocolate a vegan makeover with the launch of its new Galaxy Vegan Hot Chocolate drink.

Perfect for cosying up with on a cold winters day, this dairy-free hot chocolate drink is as deliciously smooth and silky as its vegan chocolate bars.

Try making your own with these tasty vegan chocolate bar recipes.