Marks & Spencer has just launched vegan bacon made from pea protein that sizzles and crisps up like real bacon in its Plant Kitchen range.

The excuses for not going vegan are getting fewer as supermarkets are making it easier than ever before to enjoy all of your favourite foods, vegan style!

Many people cite bacon as a barrier to going vegan, but Marks & Spencer has just released a brand new vegan bacon alternative that looks and tastes like the real deal.

Joining the store’s Plant Kitchen range, the new vegan bacon is made from pea protein that crisps up when fried and makes the perfect meat-free addition to a BLT sandwich.

According to the company, the pea protein-based strips “sizzle and crisp up just like real bacon” and are made to an exclusive recipe.

Available in a pack of 10 priced at £3, Marks & Spencer recommends adding the smokey, streaky facon to pasta dishes or adding to burgers or toasties for a tasty meat-free meal. 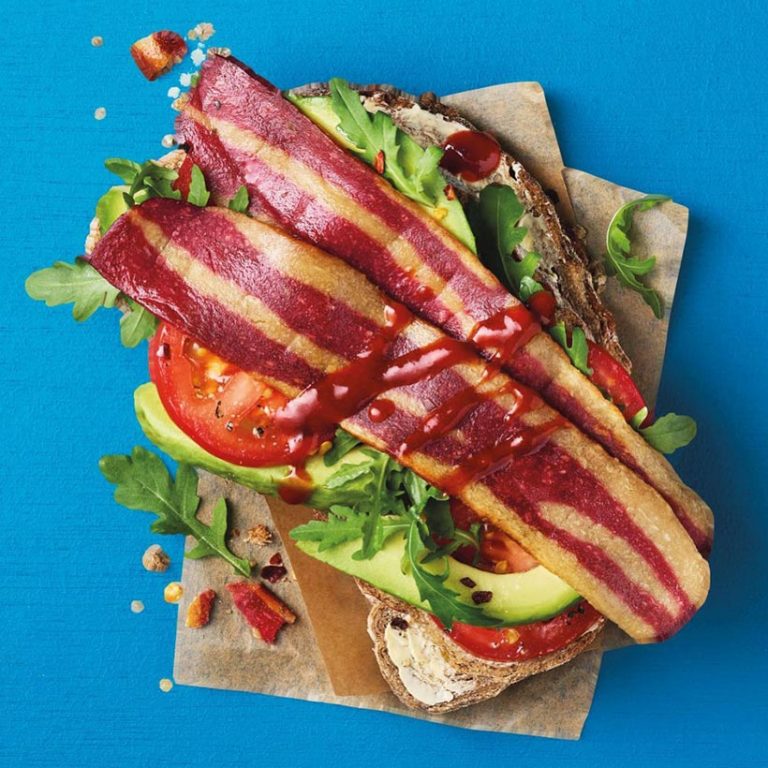 Marks & Spencer unveiled its new vegan bacon on social media, to the excitement of thousands of shoppers.

Praising the company for making meat-free options more readily available, one commenter wrote: “I think it is wonderful that there are so many options out there.

“I adore bacon but I’m sure I’ll be trying this out to see how it tastes. Plant-based foods are a healthier option after all.”

Another said that they had already tried the vegan bacon, saying: “I have already tried this Plant Kitchen bacon and it is absolutely delicious. What a great addition to your lovely vegetarian range and you can also freeze the bacon too.”

As well as launching the no-pork facon in time for Veganuary, M&S has also made sure vegans have everything they need for a spectacular festive feast with its vegan Christmas range.

Alongside favourites such as nut roasts and mini no-chicken kieves, the retailer has launched two decadent new desserts and a festive vegan hamper that’s perfect for Christmas gifting.

Can’t get your hands on M&S’s new vegan bacon? Fear not, making your own is easy and delicious!

Have a go at making your own with the best-ever vegan bacon recipes.