Acclaimed chef Marco Pierre White has welcomed a slew of plant-based dishes to one of his UK eateries. Here’s what’s on the new menu…

Marco Pierre White has launched a ‘revolutionary’ vegan menu at his eponymous Steakhouse Bar & Grill in the UK.

The acclaimed chef has unveiled four new plant-based starters, mains, and even vegan desserts to accompany his eatery’s winter menu.

There’s also a chickpea and spinach curry with basmati rice and roast root vegetable and bean cassoulet with pomodoro sauce and herb crust on offer. 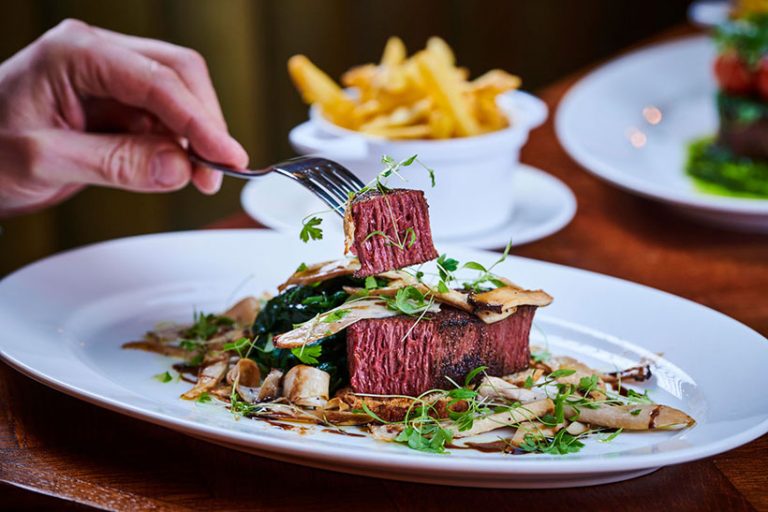 “The world needs to eat less meat, but the reality is that until now plant-based meat products have fallen way short in terms of the quality and versatility required for our menus,” White said.

“Redefine Meat’s products expand the plant-based industry beyond minced meat products to whole muscle cuts while giving you all the sustainability and health benefits of plant-based without the compromise on taste and texture.

“In the past, there was definitely a stereotype of people who were vegan but with more millennials and younger people switching to the diet, that has now completely gone.”

While White has frequently hailed the advancements of plant-based food – he is not vegan himself.

The chef says he did go on a plant-based diet once where he ‘certainly lost a lot of weight’ – but has since gone back to eating animal products.

“I learnt a lot when I was on the vegan diet and gave me a good insight into what makes a good vegan recipe,” White wrote last year.

“You can’t expect to get away with offering a vegetable lasagne or vegetarian moussaka as an after-thought.”

Valentine’s Day is just around the corner! Treat your loved one to a sweet treat with these vegan Valentine’s chocolates.