New-Meat from Redefine Meat is believed to be this world’s first whole cut of 3D printed meat.

The Israeli-based company has now launched its revolutionary product in high-end restaurants across Europe and Israel.

However, Redefine Meat promises to offer the same quality and texture as animal meat.

In a statement, three Michelin-star chef Marco Pierre White said: “When I first tasted Redefine Meat, I was mind-blown.”

“The world needs to eat less meat, but the reality is that until now plant-based meat products have fallen way short in terms of the quality.”

Additionally, Chef White described the 3D printed vegan meat as “the most clever thing I have ever seen in my forty-five year years of being in a kitchen”

While renowned Israeli chef, Shahaf Shabtayc, concluded: “Redefine Meat has created an ingredient that allows me to unleash full creativity.” 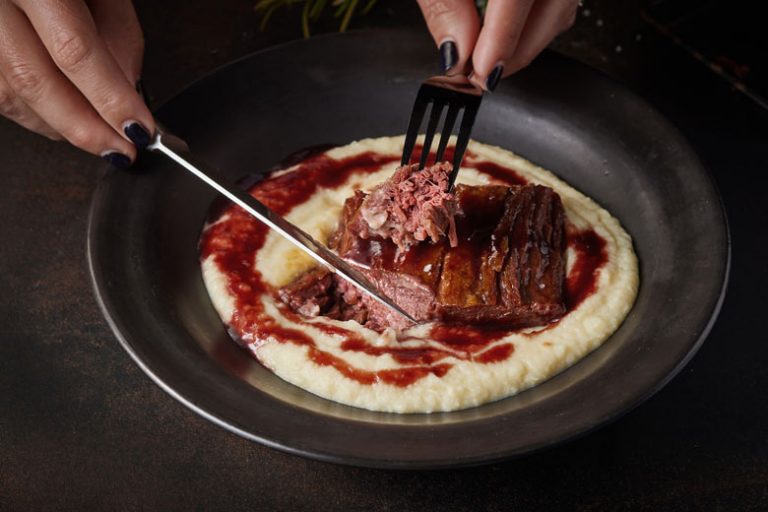 Using plant-based ingredients such as soya and pea protein, the food tech company uses its technology to replicate the molecular make-up of standard meat, which are then produced, dot-by-dot.

In addition, the brand hopes its revolutionary 3D vegan meat will change the world’s approach to vegan alternatives while creating more choices for those not wanting to quit red meat.

New-Meat will be included in 22 of Chef Whites Steak Houses in the UK, as well as Chotto Matte, and Burger Bear in London.

Now you know about 3D printed meat, find out all there is to know about lab-grown meat!