The Blacksmith & Toffeemaker, a London pub in Islington, has thrown out their meat grinder and launched a completely vegan menu. 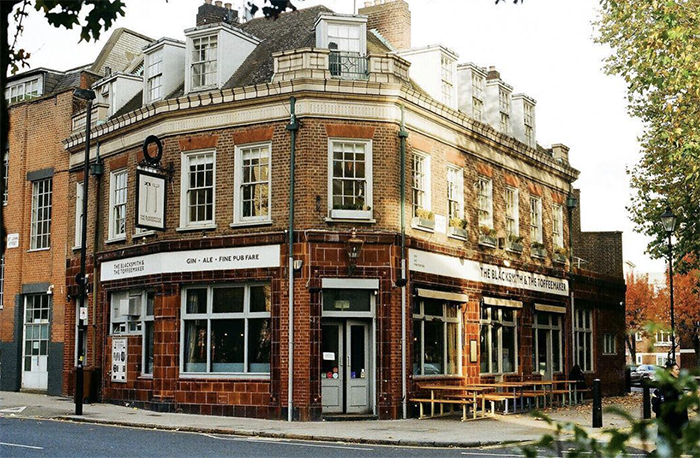 According to the pubs Instagram, the change to a vegan menu was inspired by the company’s desire to be more sustainable. As meat and dairy require huge amounts of land and resources to produce, and are often touted as a cause of climate change, The Blacksmith & Toffeemaker decided to cut them from the menu and offer vegan options instead which are more sustainable.

The Blacksmith & Toffeemaker has even ditched their meat-grinder and from now the pub’s menu will be 100% vegan, including the drinks served at the bar. The new menu includes delicious dishes such as vegan chorizo, jalapeño and refried bean grilled cheese sandwich, and polenta fries.

Thanks so much for stopping by @christinarosebrown #Repost @christinarosebrown (@get_repost) ・・・ Loving the new all vegan menu at @blacksmith_and_toffeemaker 😍 I had a vegan chorizo, jalapeño and refried bean grilled cheese sandwich with polenta fries. Even better- it’s 2 for 1 on food if you bring in a donation for the Islington food bank ❤️❤️❤️ #veganism #veganuary2018 #veganfood #vegan #vegans #veganlunch #vegancommunity

A post shared by TheBlacksmith&TheToffeemaker (@blacksmith_and_toffeemaker) on Jan 5, 2018 at 1:09pm PST

Not only are the The Blacksmith & Toffeemaker now offering up a vegan menu, they also don’t serve straws with their drinks, and all of their menus, napkins, toilet paper, and takeaway bags and boxes are 1made with recycled materials.

The pub is also keen to tackle the amount of food waste they produce and claim: “Nearly all waste from the bar is sent for recycling and our food waste is collected and used to create renewable energy through anaerobic digestion.”