London bakery B Bakery is joining the vegan revolution as they announce the launch of their first all-vegan afternoon tea, which is served on a traditional London tour bus. 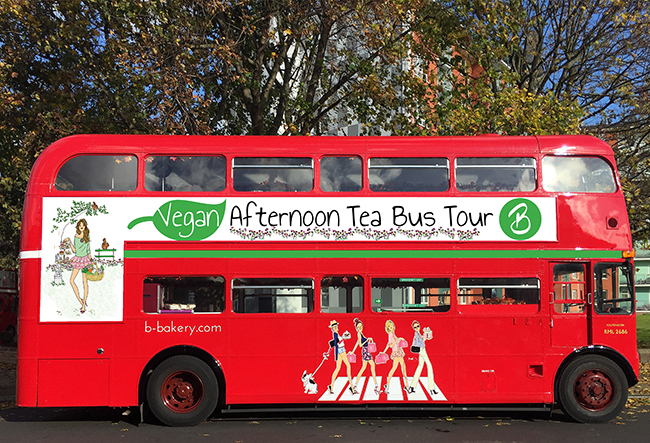 London bakery B Bakery is joining the vegan revolution as they announce they launch of their first all-vegan afternoon tea, which is served on a traditional London tour bus.

The all-vegan afternoon tea menu features a choice of tempting savoury dishes such as freshly cut sandwiches with delicious vegan fillings such as a beetroot and cucumber ginger sandwich, avocado and carrot roll, mixed vegetables quiche, quinoa and mint verrine and a mixed roasted veggie on ciabatta. 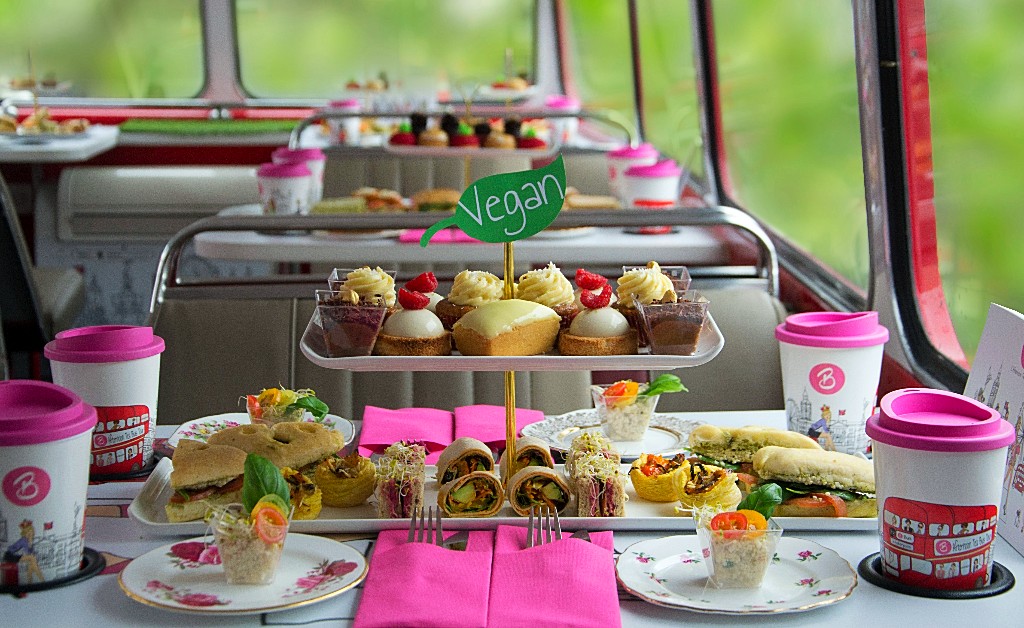 On the tour itself,  a London bus driver will take you on a sightseeing tour round Big Ben, The Houses of Parliament, Westminster Abbey, St James’s Park, Hyde Park, The Royal Albert Hall, Marble Arch, Nelson’s Column, Downing Street and more, all whilst you enjoy your vegan afternoon tea. The London sightseeing tour lasts approximately 1 hour and 30 minutes (depending on traffic), with prices starting from £45.

B Bakery’s vegan afternoon tea launches on February 1st, 2018. Click here to book your place on the bus.