In order to reduce the amount of waste produced by the store, Lidl is trialling cut-price 5kg boxes of ‘wonky fruit and veg’. 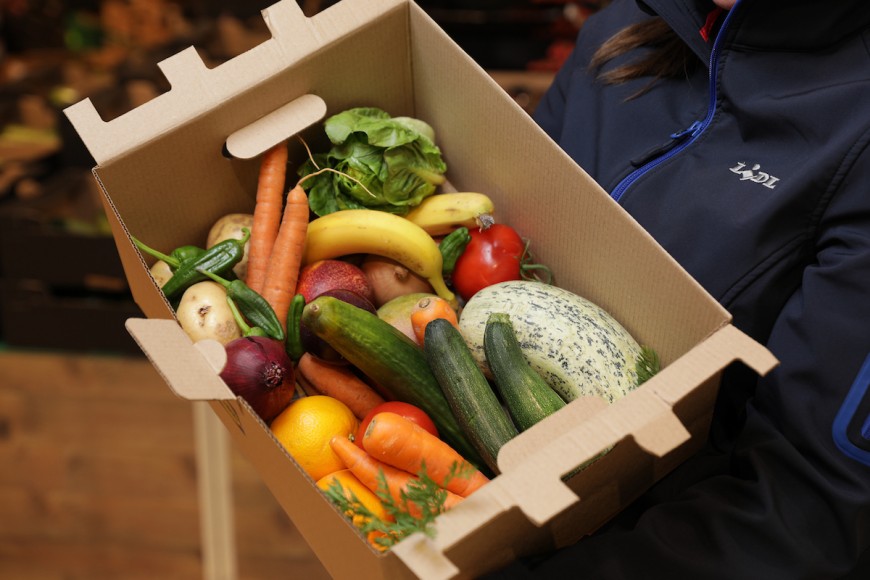 Fruit and vegetables described as ‘wonky’ are usually left on supermarket shelves because of their lesser visual appeal. Wonky food might taste just as great, but shoppers always tend to go for the best looking produce.

In order to encourage customers not to overlook wonky food, Lidl’s new ‘Too Good to Waste’ boxes contain products that are out of shape, slightly discoloured, close to their use by dates or overripe. For only £1.50, a whole 5kg box of ingredients can be yours, which is certainly incentive to test if wonky food meets your cooking standards.

The trial is currently taking place across 122 Lidl stores. According to Lidl, if the trial is successful the boxes will be offered in stores nationwide, and could help stop 10,000 tonnes of surplus produce going to waste each year.

Christian Hārtnagel, Lidl chief, said: “Proportionally, we sell the most fruit and veg in the sector, but we know from our data that fresh produce is one of the biggest contributors to food waste in stores, so we’re excited by the difference our ‘Too Good to Waste’ initiative will make.”

The supermarket has already stopped including best before dates on a lot of their fresh produce, allowing customers to trust their own discernment. As part of the initiative, Lidl will introduce additional price reductions on fresh items with best before dates. This is on top of a 30% reduction already placed on items close to their best before and use by dates!

The 5kg will be sold in selected stores from 8am to 10am this week, and any unsold produce will be donated to charity.