Following its $70 million valuation, Lewis Hamilton-backed vegan burger chain Neat Burger is aiming to triple in size with the opening of 30 new locations in London.

Neat Burger, the vegan burger chain backed by Lewis Hamilton has big plans for its expansion following its latest funding round.

The funding round, which raised $7 million in new capital, brings Neat Burger’s valuation to a staggering $70 million.

Neat Burger plans to use the funding to aid its ambitious expansion plans to triple in size in the next year.

Moreover, the vegan burger chain has also revealed that it’s trialling a £1.99 burger to compete with chains like McDonald’s.

Typically, vegan burgers are priced at £6.49 and £9.99, so the move hopes to make plant-based food more accessible.

According to the Financial Times, the investment will be used by Neat Burger to drive its expansion.

In the next year alone, Neat Burger is aiming to open an impressive 30 new outlets across London.

By the end of the year, Neat Burger plans to open 19 dine-in restaurants and 16 delivery kitchens in the capital. 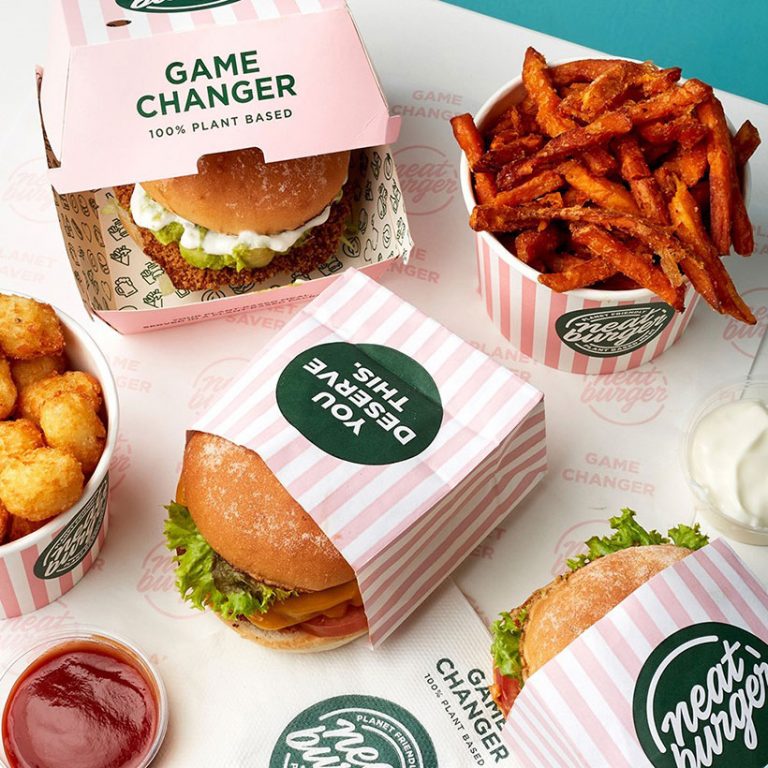 The funding round was led by SoftBank Investment Advisers CEO Rajeev Misra, whose children inspired him to invest after he heard them raving about the menu.

Commenting on his decision to invest in Neat Burger, Misra said: “I am thrilled to be part of the Neat team as it continues to develop and expand in the UK. The vegan market is growing rapidly, and it is an exciting time for the brand.”

Other investors include Anthony Di Iorio, co-founder of cryptocurrency Ethereum, as well as Wellness Holding, which owns the fitness equipment company Technogym.

Determined to revolutionise the way plant-based food is viewed by the public, Lewis co-founded Neat Burger with Zack Bishti in 2019.

Neat Burger has since gone on to become an iconic part of the vegan food scene in London. Proving a hit with customers, the chain was even crowned Best Vegan Offering in the Deliveroo Awards 2020.

Commenting on the project at the time of its launch, Hamilton said: “As someone who follows a plant-based diet, I believe we need a healthier high street option that tastes amazing but also offers something exciting to those who want to be meat-free every now and again.”

Check out our guide to the best vegan restaurants in London