The F1 champ has revealed how his nine-year-old bulldog Roscoe is 'like a puppy again' after switching to a vegan diet.

Lewis Hamilton has revealed how a vegan diet has ‘changed’ his dog’s life for the better.

The F1 champ, who also follows a plant-based diet, revealed his British Bulldog was following a ‘fully vegan’ diet back in 2020, describing him as ‘super happy’.

He also claimed removing meat from his dog’s vegan diet had helped improved certain health issues such as allergies.

In a recent interview with Vanity Fair, Hamilton said: “This is me and my dog Roscoe, my bulldog.

“He’s like nine years old [and] he’s vegan. He eats quinoa and vegetables every day and it’s literally changed his life – he’s like a puppy again, at nine years old.” 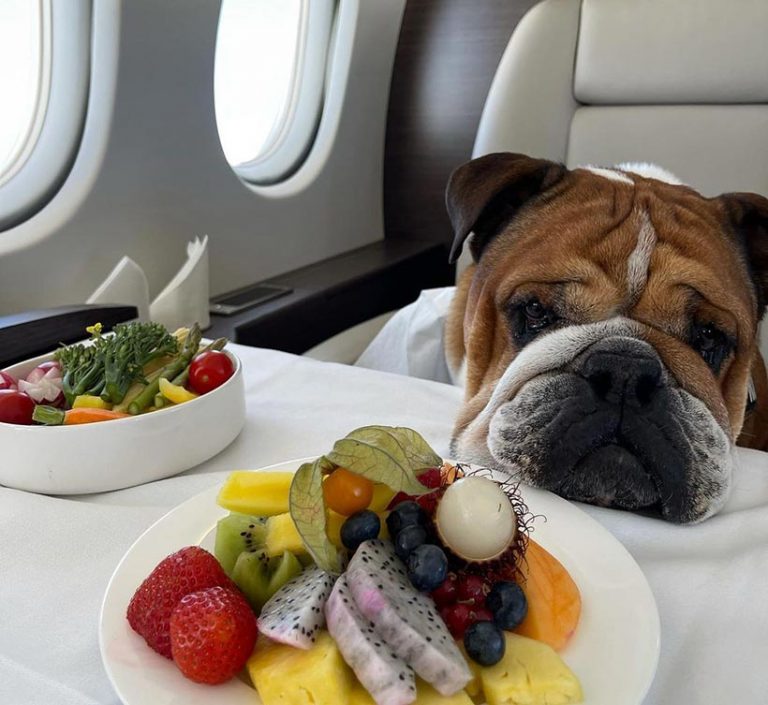 This isn’t the first time the pro racer has hailed a plant-based diet for Roscoe.

Speaking to his Instagram followers two years ago, Hamilton explained how Roscoe’s diet used to consist of ‘normal dog food’ which included meat.

“His breathing has always been bad, which meant he was never able to walk very far and his joints would hurt,” the star wrote.

“He also had skin allergies. I decided to transition him to a vegan diet. It has changed his life. He now doesn’t have any breathing issues, his throat is no longer restricted, and he doesn’t overheat like he did before and he loves to run. He also has no allergy issues.

“He’s like a puppy again! It’s been amazing to see these changes in Roscoe and I’m so grateful to be able to share this.”

Vegan charity PETA states with ‘the right planning and care’, dogs can be plant-based. However, the organisation stresses ‘it’s important to ensure that their nutritional requirements are met’.

We love them on toast, nachos and even in desserts, but are avocados vegan?