Earlier this year, high-street restaurant chain LEON announced its intention to expand its vegan menu and it’s keeping its promise with its new plant-powered summer menu.

The restaurant chain has been on a mission to improve its menu with more plant-based dishes as they’re better for both our gut health and the health of the planet too.

The new summer menu, which launched nationwide yesterday, has been created as a celebration of British summer time and the power of plants and champions British seasonal produce.

If you’re after a healthy lunch on the go that doesn’t scrimp on flavour then try LEON’s new low-carb Paleo Plant Box (£5.95). The plant-based box comes in at under 300 calories and is filled with a mix of chargrilled British seasonal veg topped with roasted aubergine and sumac-pickled onions.

Perfect for summer picnics, the new menu also boats a Summer Slaw ( £1.50) made from colourful, crunchy seasonal vegetables with julienned carrots and radish, fresh peas, celeriac and cabbage in a light dressing. 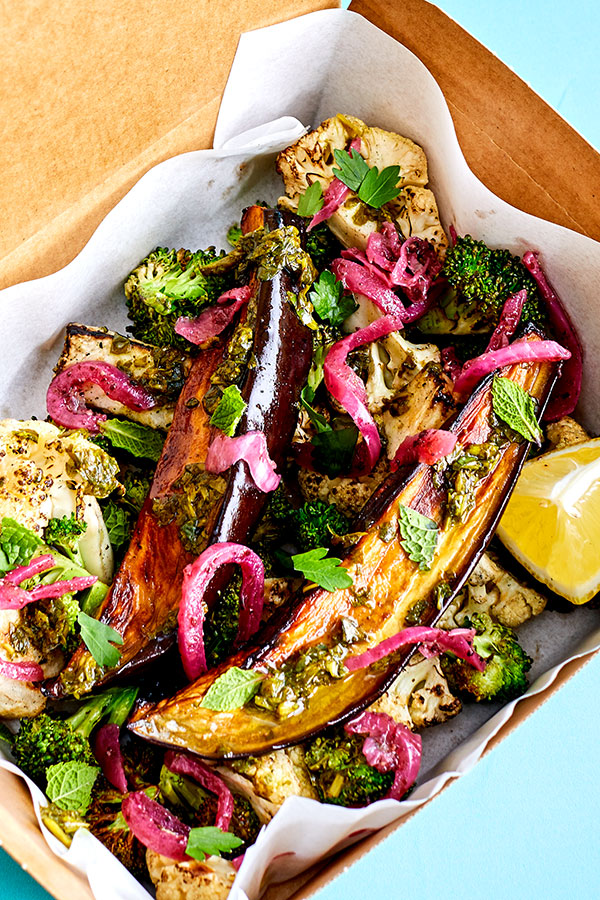 If you prefer something a little lighter to kickstart your day then grab the new Chocolate & Banana Vegan Protein Shake ( £3.50). This plant-based protein smoothie is made from a powerful blend of banana, dates, cacao and hemp with 12g of organic vanilla protein powder to fuel you up for the day ahead.

Don’t forget to grab a mid-morning snack whilst you’re there as LEON is also offering a new Pecan, Maple & Oat Cookie ( £1.80). According to the company the new cookie is ‘Like a posh hobnob. A poshnob, if you will.’

The vegan bake is made by Humbledough and is packed with organic oats, maple syrup, pecans, and sultanas.

‘Kind to the planet’

Erica Molyneaux, head of food at LEON, commented: “This new menu launch is a celebration of the power of plants and British seasonal produce, with some very exciting new dishes, that pack a punch when it comes to flavour.

“Now more than ever is important to continue to support British farmers and producers and offer food that tastes good, does good and is kind to the planet.”

LEON is currently participating in the Eat Out to Help Out scheme and is offering diners 50% off (up to a maximum value of £10 per person) every Monday – Wednesday throughout August.

The new menu is available in all LEON restaurants nationwide now, including Oxford, Liverpool Street and Carnaby Street which will be reopening this week.