A businessman from the city of Leicester is set to open the city's very first vegan bar to cater to those who do not wish to consume animal products.

To honour the person who created the term ‘vegan’ and went on to found The Vegan Society, Leicester is due to open up the first vegan bar in the city.

Named Donald Watson’s Vegan Bar, the new drinking venue launch is being led by a local businessman in the hope to create a memorable venue, which will also pay tribute to the man who essentially birthed the vegan community.

The owner told LeicestershireLive in a statement: “A lot of people don’t know about Donald Watson and what he’s done. I think it’s important to emphasise that he started The Vegan Society here in Leicester.

“I wanted to use his name to do something that no-one has done before – create a vegan bar. It will be a high quality, landmark bar.”

Alongside an array of vegan beers, vegan wines, and vegan-friendly spirits, there is also a whole range of cocktails to enjoy.

Although the set-up is still underway, there are plans to work with local producers to supply a selection of products, keeping it local and reducing the need to import from afar.

Food is also set to be on the menu. A selection of bar snacks, small plates, and burgers are likely to be a staple.

Being a tribute to The Vegan Society founder, all food options available in this new venue will be vegan. 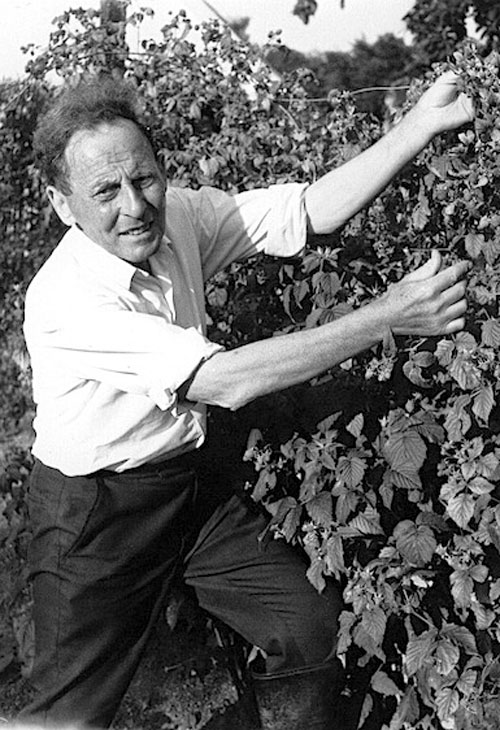 Leicester's first vegan bar will be named as a tribute to Donald Watson. Image via The Vegan Society.

With the attention usually given to food, drinks are often overlooked when it comes to veganism.

Aside from the drink itself being made from animal products, such as dairy milk or egg white, the filtration process can also use animal-derived products.

The most common animal-derived ingredients are usually sourced from eggs, shellfish, and by-products of the meat industry such as gelatine.

However, with the rising population of vegans, a lot of new vegan-friendly brands are launching and existing brands are adapting their recipes to be able to cater to the growing audience.

For the full run-down on vegan alcohol, check out our vegan guide to ethical alcohol!

Feature image via Getty by Instants