Läderach already offers dark chocolate, but now sweet toothed consumers can enjoy its cashew milk products, which include slabs and popcorn among others.

It already sells a number of dark chocolate products that are plant-based, but now plant-based milk chocolate lovers can also get in on the action with Läderach’s new nut-based delicacies.

The new dairy-free chocolate has no preservatives and uses coconut blossom sugar instead of refined sugar. 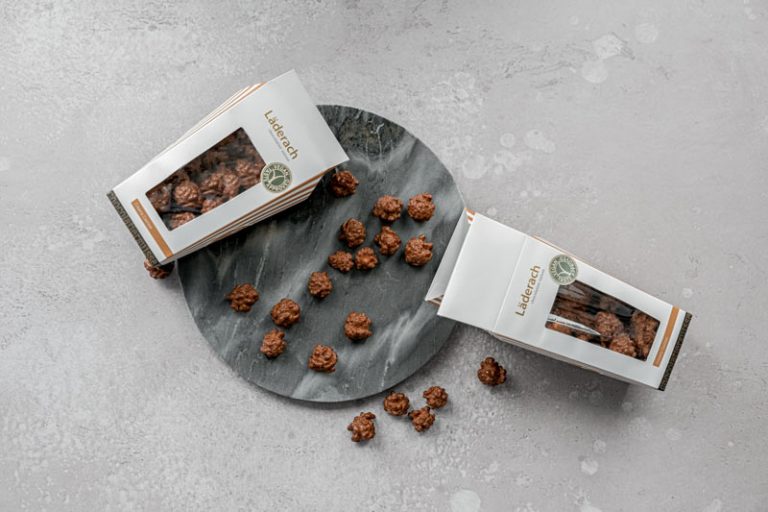 Nut lovers may be more tempted by its FrischSchoggi Vegan Cashew. This boasts roasted and caramelised whole cashew nuts, mixed into chocolate made with cashew milk, so you can properly reap the benefits of nuts.

Läderach also offers its FrischSchoggi Vegan Pouch Small, a combination of dairy-free chocolates including Almond Dark, Orange-Almond Dark, and Blackberry Dark among others.

Läderach’s new vegan range is available in the UK from its three London stores, as well as online.

In the mood for something sweet? Roll up your sleeves and get stuck into our easy Dark Chocolate Vegan Truffle recipe