Kourtney Kardashian and Travis Barker turn up the heat in a new campaign for plant-based chicken brand, Daring.

Kourtney and Travis, AKA Kravis, strip off in the raunchy new shoot posing in lingerie and feeding each other vegan chicken from the brand’s plant-based range.

In one shot, Kourtney is seen lounging on a hotel bed tucking into a vegan shish kebab, while a topless Travis lays beneath her legs munching on a slice of pizza.

The campaign was shot by friend and fashion photographer Ellen Von Unwerth just days after the pair married in Italy.

Daring’s chicken range is high in protein, gluten-free, and 100% plant-based.

The range includes original and bread pieces, as well as Cajun and lemon & herb flavoured pieces. 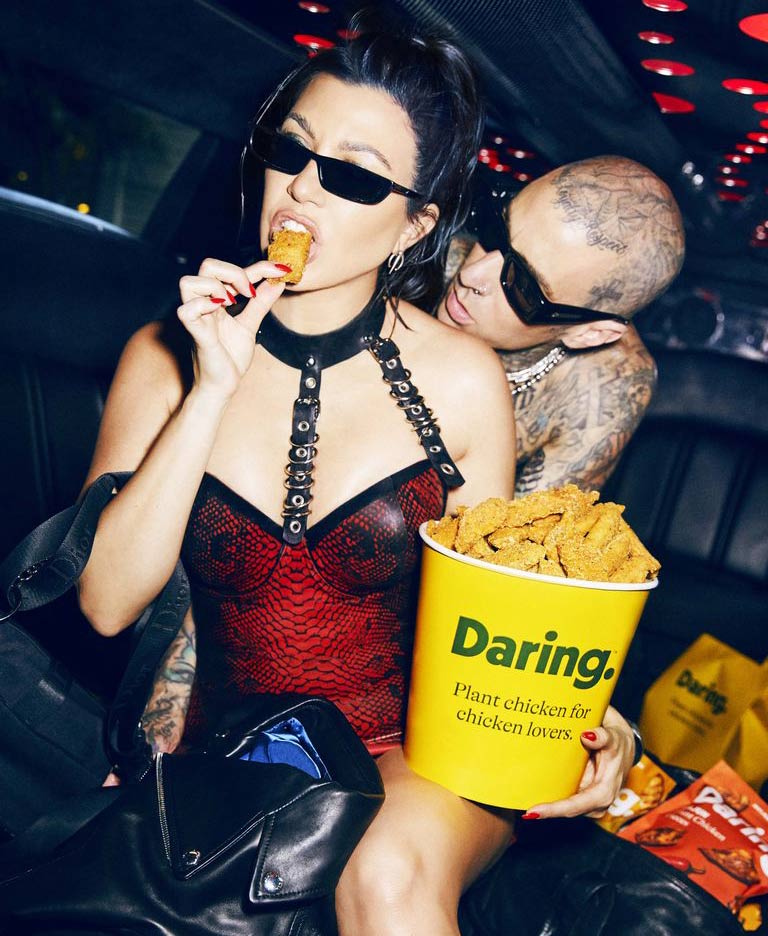 “Good plant protein is important to me”

Kardashian has been a long-time health and wellness enthusiast. Although she is not 100% plant-based, the reality star has incorporated more plant-based meals into her diet thanks to her vegan husband.

“I’ve been on a health and wellness journey for the past 13 years, which has made me super conscious of what I put into my body and my kids’ bodies,” says Kardashian.

Barker has been vegan since 2008 after surviving an aeroplane crash that pushed him to prioritize his health.

In a statement, the vegan celebrity said: “I haven’t eaten meat since I was 13 years old, so really good plant protein is important to me.

“When I went fully vegan 15 years ago, the options were basically straight vegetables, so I’m excited to see more plant-based choices on menus.”

Read more: 21 Vegan celebrity quotes that will inspire you to go vegan