“It’s still finger lickin’ good!” says KFC, as they trial Beyond Meat’s vegan chicken-style nuggets and wings at an Atlanta branch of the chain today. 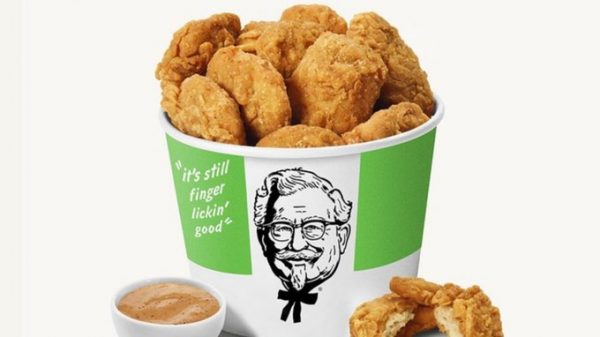 Customers wanting chicken today at the Cobb Parkway, Atlanta, branch of KFC, will be offered free samples of the KFC vegan chicken-style nuggets and wings. Depending on the popularity and the customer feedback from the trial, KFC may just roll out their vegan version of these two fried classics across other markets later on in the year.

In a statement on the launch, Kevin Hochman, KFC U.S.A. president and chief concept officer, explains that the brand is confident customers won’t be able to tell the difference: “I think we’ve all heard ‘it tastes like chicken’ – well our customers are going to be amazed and say, ‘it tastes like Kentucky Fried Chicken’.” 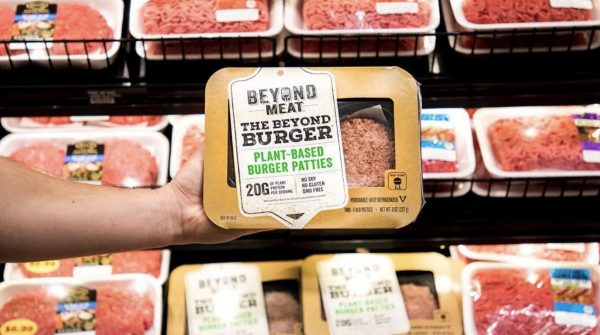 KFC will be using the innovative, vegan, meatless-meat alternative from Beyond Meat, who made the decision to pull their vegan chicken from the supermarkets in the USA earlier on in the year after apparently deciding that the substitute needed further recipe developments. Beyond Meat utilise pea and rice proteins, alongside natural flavours and colours to re-create popular meat products.

Beyond Meat’s unbelievably plant-based bleeding burgers are already stocked in the UK, and are currently available in Tecso and All Bar One. It is important to note that, for now at least, KFC’s Beyond Chicken products will be cooked in the same fryer as their non-vegan items.

Beyond Meat Founder and CEO Ethan Brown commented: “To be able to bring Beyond Fried Chicken, in all of its KFC-inspired deliciousness to market, speaks to our collective ability to meet the consumer where they are and accompany them on their journey.” 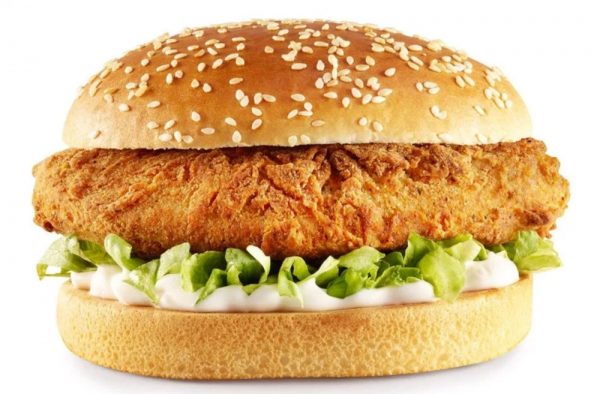 It seems that KFC’s vegan ventures have travelled across the Atlantic to the USA, following the success of their UK launch of the Imposter Burger. The vegan chicken burger alternative, featuring a Quorn vegan chicken fillet, sold out after three days of it’s launch into certain KFC stores across the UK, with sales of the new burger being 500 per cent higher compared to normal burger launches.

From today, we will see how the vegan KFC chicken will be received by the Atlanta-based KFC -loving crowd. If all goes to plan, we may well see the plant-based chicken wings and nuggets making thier way across to the UK in the future.