Fast food restaurant KFC has announced their vegan chicken burger will launch as a permanent product on their menu in 900 UK stores.

We are being spoilt for choice this Veganuary with the incredible volume of new plant-based product launches and menu announcements we can enjoy!

Fast food restaurant KFC has announced its vegan chicken burger will launch as a permanent product on their menu today (January 2nd) in 900 UK stores.

The KFC vegan burger was trailed in June for four-weeks but sold out after just four days, KFC has since been hounded with demands to bring it back.

The burger features a ‘bespoke Quorn fillet, which is coated in the Colonel’s iconic Original Recipe herbs and spices…served with vegan mayonnaise and crisp iceberg lettuce, all within a soft-glazed bun’. The sandwich will also be prepared in a separate area to avoid cross-contamination. 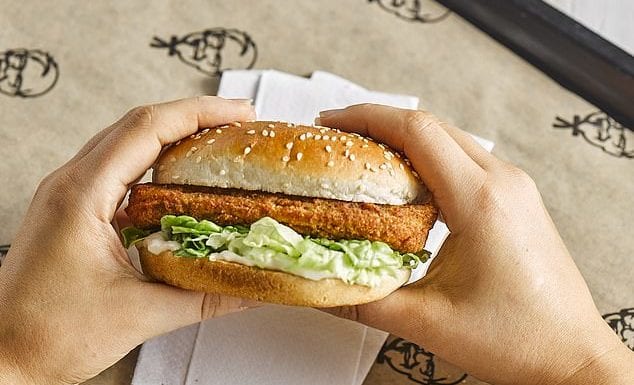 In a statement sent to Plant Based News, Ira Dubinsky, Innovation Director at KFC UK and Ireland said: “The Colonel was all about welcoming everyone to his table – now vegans, flexitarians and our fried chicken fans can all enjoy the taste of our Original Recipe together. We’ve worked hard to perfect the flavour and make a Vegan Burger the Colonel would be proud of. It’s the flavour of KFC, just with zero chicken.”

Tony Davison, Head of Global Foodservice & QSR at Quorn, added: “The chance to co-create exceptional food with an iconic brand like KFC is a pleasure, to see the results launched with such enthusiasm is fantastic. The result does the Colonel’s recipe justice, truly transformational vegan food that KFC fans are going to love – a finger-lickin’ vegan favourite.”