Comedian Kevin Hart says he’s ‘ready to disrupt’ the fast-food industry after announcing a major update on his vegan restaurant.

Earlier this year, the star announced plans to launch a ‘guilt-free’ plant-based eatery across the US – starting with a branch in Los Angeles.

Hart House will serve a range of vegan burgers, sides, shakes and juices – and has vowed to donate 10 percent of its first day of profits to charity Inner-City Arts.

All of its food is free from artificial colours, preservatives, antibiotics, and hormones, and will be served in recyclable packaging.

“We’re excited to disrupt fast food with a flavourful and affordable plant-based option. I am so excited for YOU to try it.” 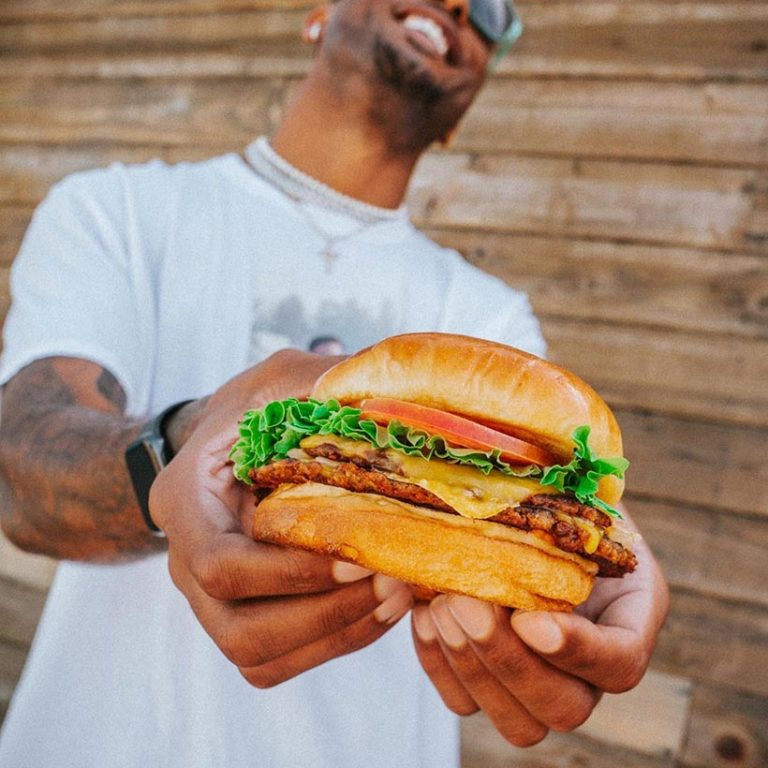 The Hart House restaurant will serve a range of vegan burgers, sides, shakes and juices. Image: @myharthouse via Instagram

Speaking about the new venture, the comedian said: “I founded Hart House to create a good experience that combines the joy of coming together over food, with the power of purpose.

“Our amazing chefs and team members have crafted a 100% plant-based menu that delivers “can’t-believe-it” flavour in every bite. I know you’re going to love it.”

Although Kevin Hart is not vegan, he has hailed the benefits of eating a predominantly plant-based diet.

In 2020, the celeb told Joe Rogan he no longer eats red meat or seafood, but occasionally consumes chicken.

He said: “Just because you make the decision to go and try plant-based, doesn’t mean you have to [be engulfed] in that world.

“Learn it, understand it, and see if there are benefits that work for you.”

Although Kevin Hart is not vegan yet, these vegan celebrities are!