Not content with making huge efforts to reformulate her entire makeup line to make it 100% vegan (a process which is still ongoing), Kat Von D is now designing and creating her first line of vegan-friendly footwear. 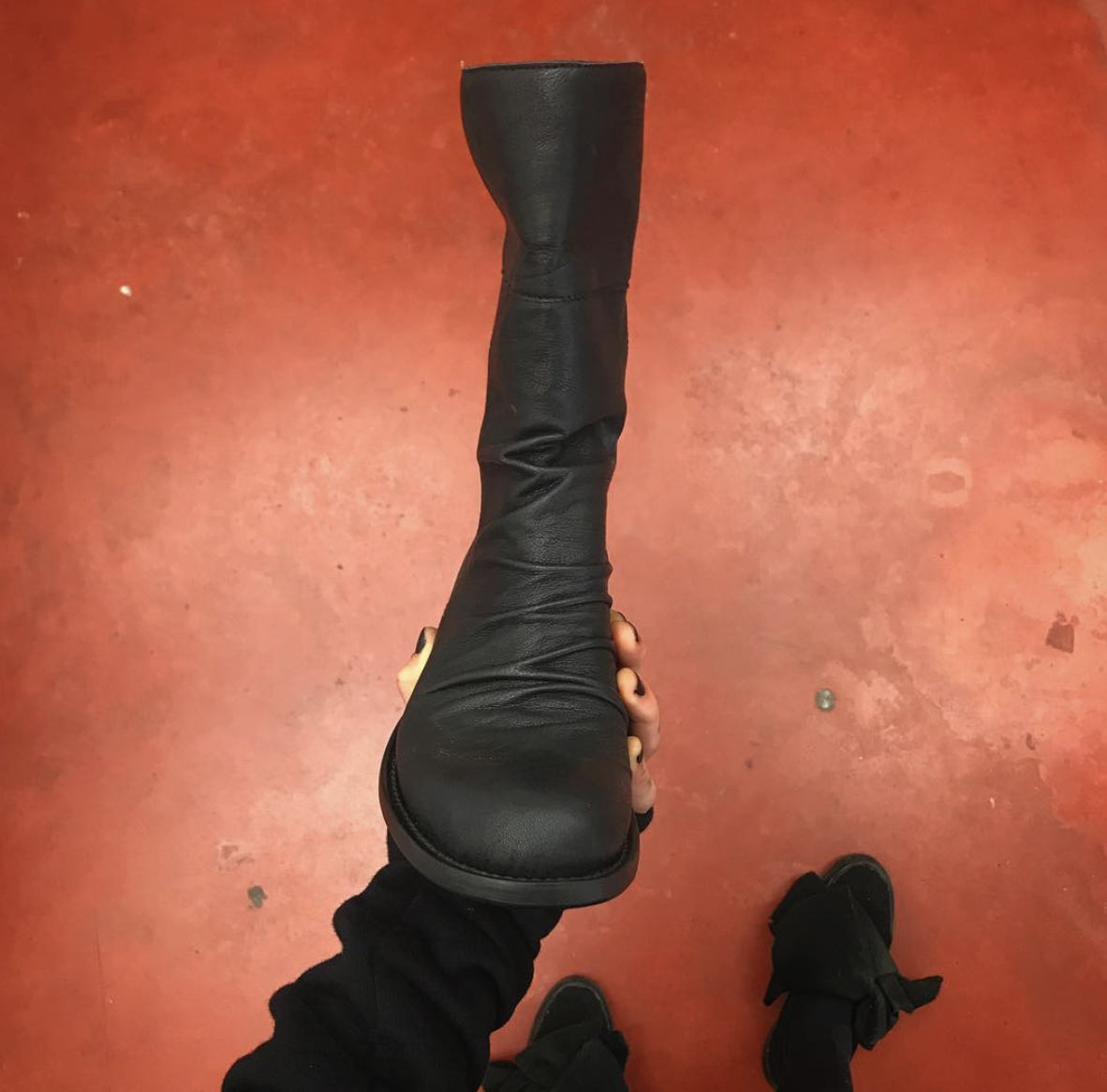 Speaking about her decision to launch her new vegan footwear line on Instagram in the summer, Von D stated that she knows “how hard it is to find high-quality shoes with style that aren’t made from animal leather, fur, or use glues derived from horses+cows, and that you can afford.”

Now the tattoo artists and makeup  mogul has teased more details about her upcoming vegan shoe collection, and has revealed that some designs will even come complete with a hidden lipstick compartment. An unsurprising addition from a lady who is well known for her love of lipstick!

The new range will be available internationally to make it easy for everyone and anyone to live a cruelty-free life.

Day 1 of working on my upcoming #vegan shoe collection. Sizing up heels for this pair of post-apocalyptic asymmetrical vegan-leather heels I designed. 🖤 #VonDshoes #comingsoon

The line, which is a self-funded venture called Von D Shoes, will initially feature a range of 28 different styles.

Von D has spoken out to say that she is currently looking for innovative leather substitutes to create the vegan shoe range with.

Speaking to media outlet Racked, Von D said: “I’m not interested in looking at cheap plastics. We’re looking at all these innovative, different leather substitutes that are made out of mushroom and pineapple, and they’re actually great for the environment and look equal to, if not better, than leather.”

Von D has previously shared a sneak peek of the shoes on social media, showing off a pair of striking and unique shoes that show the star has ensured the shoe range reflects her personal style.

MY NEW #VEGAN SHOE LINE IS COMING TO LIFE! ❤🙃👠 The first round of prototypes just arrived to my house – here’s a tiny little sneak peek of 1 out of the 26 styles I’ll be launching with! To all my dear vegan + non-vegan friends, thank you for being so patient! I know how hard it is to find high-quality shoes with style that aren’t made from animal leather, fur, or use glues derived from horses+cows, and that you can afford! I’ve been working hard on getting these shoes perfect for you and hoping to launch the collection at the end of the year! And don’t worry, they’re not all going to be sky-high platforms – I got every style and sizes covered [including a few unisex pieces 👫]❤ #comingsoon #vegan #crueltyfree [song: “butterfly caught” by massive attack]