Outspoken animal rights activist, make-up and vegan tattoo artist Kat Von D is turning her hand to creating her very own vegan shoe line, which will not only include her favourite platform-heel styles, but a variety of affordable styles, including unisex pieces. 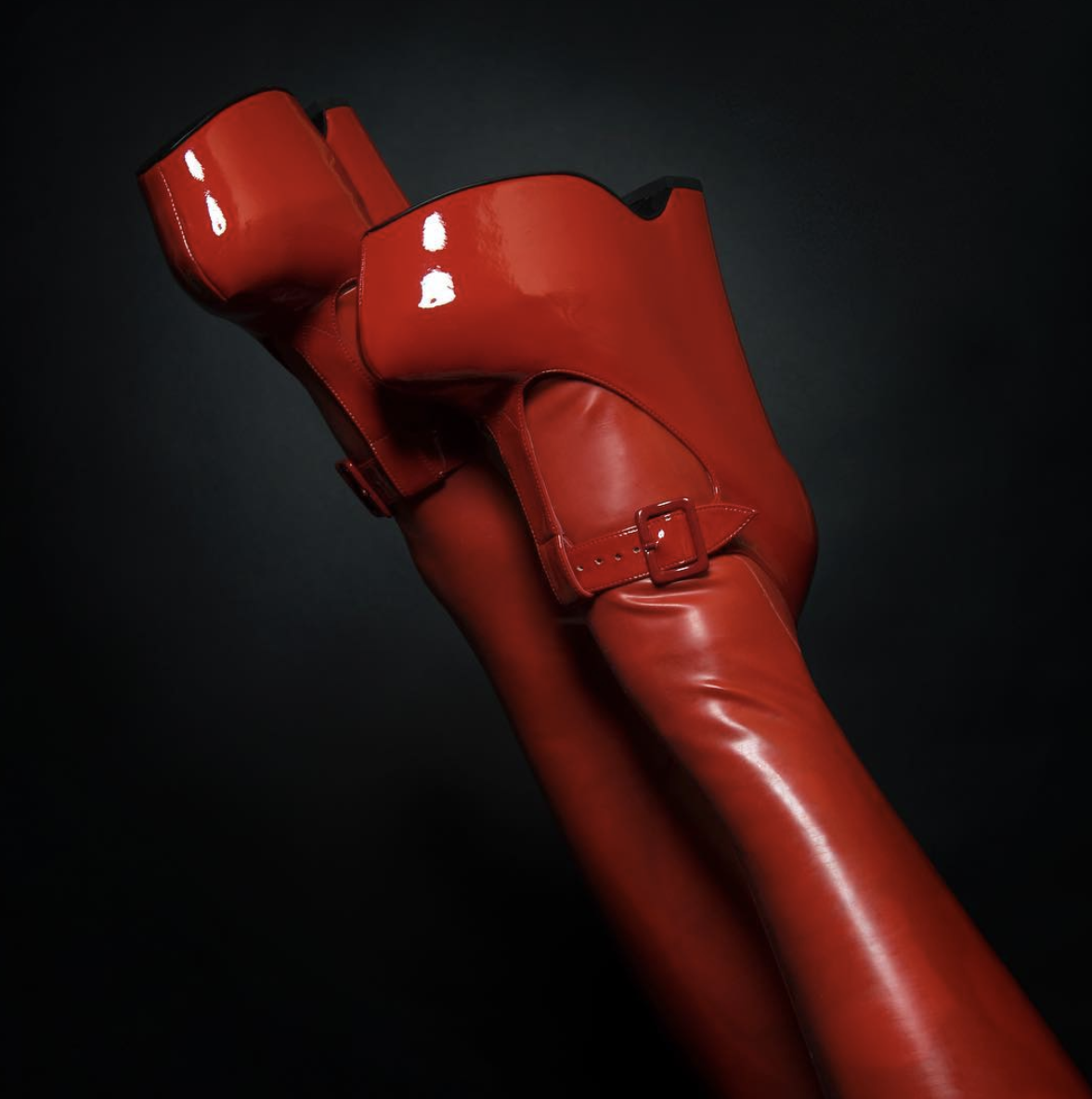 Kat Von D has shared a sneak peek of some of the first designs from her upcoming vegan shoe range on social media, showing off pairs of striking and unique shoes that show the star has ensured the range reflects her personal style.

The vegan designer has shared three styles on the Von D Shoes Instagram page, including a pair of metallic red mega-platform shoes with an ankle strap named ‘Destroyer’ and a pair of open-toed vegan crocodile skin-effect leather heels with red lining and a hand-sculpted metal bone.

Last but not least, the star has also shared a picture of an eye-catching pair of cherry-red patent vegan leather shoes with a concealed platform that are guaranteed to turn heads.

Speaking about her decision to launch her new vegan footwear line on Instagram, Von D stated that she knows “how hard it is to find high-quality shoes with style that aren’t made from animal leather, fur, or use glues derived from horses+cows, and that you can afford.” 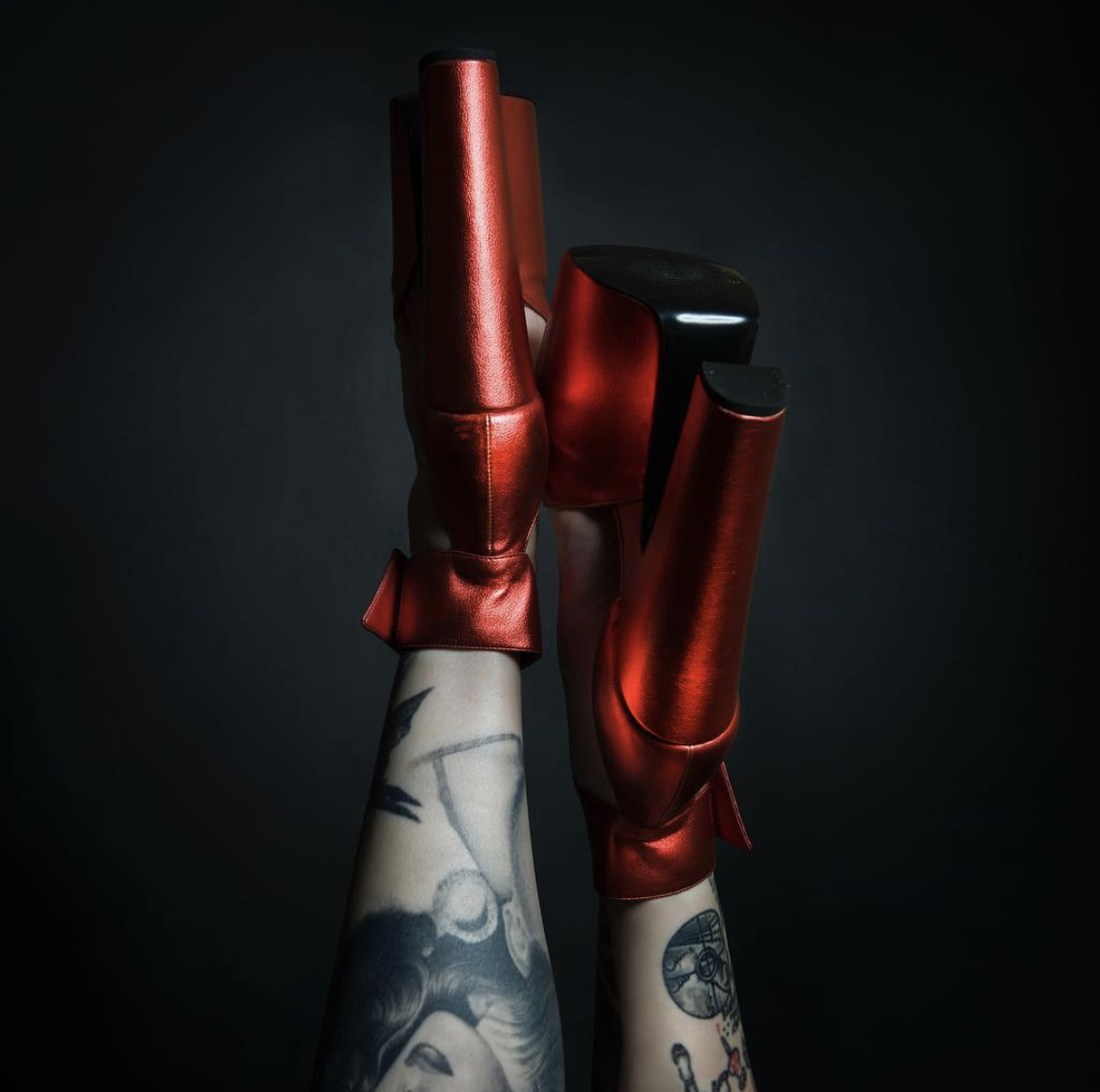 The tattoo artist and makeup mogul has previously teased details about her upcoming vegan shoe collection, revealing that some designs will even come complete with a hidden lipstick compartment. An unsurprising addition from a lady who is well known for her love of lipstick!

In a recent Instagram post, Von D confirmed that the range would include a plethora of styles to chose from, including “platforms, flats, boots, sneakers, sandals, slip-ons, creepers, winklepickers, and even a pair of furry moon boots!”

The new range will be available internationally and will include a wide range of sizes from small to large to make it easy for everyone and anyone to live a cruelty-free life.

Whilst Von D was keen to make the range affordable for all, she has spoken out to say that whilst the range will be affordable, “they won’t be as cheap as Payless” as she has worked hard to ensure the shoes are accessible as possible without sacrificing quality and design. She points out that Von D Shoes is a luxe vegan shoe range “that will last a lifetime and will make your feet look+feel beautiful.”

The line, which is a self-funded venture called Von D Shoes, will initially feature a range of 28 different styles.

Von D has spoken out to say that she is currently looking for innovative leather substitutes to create the vegan shoe range with. 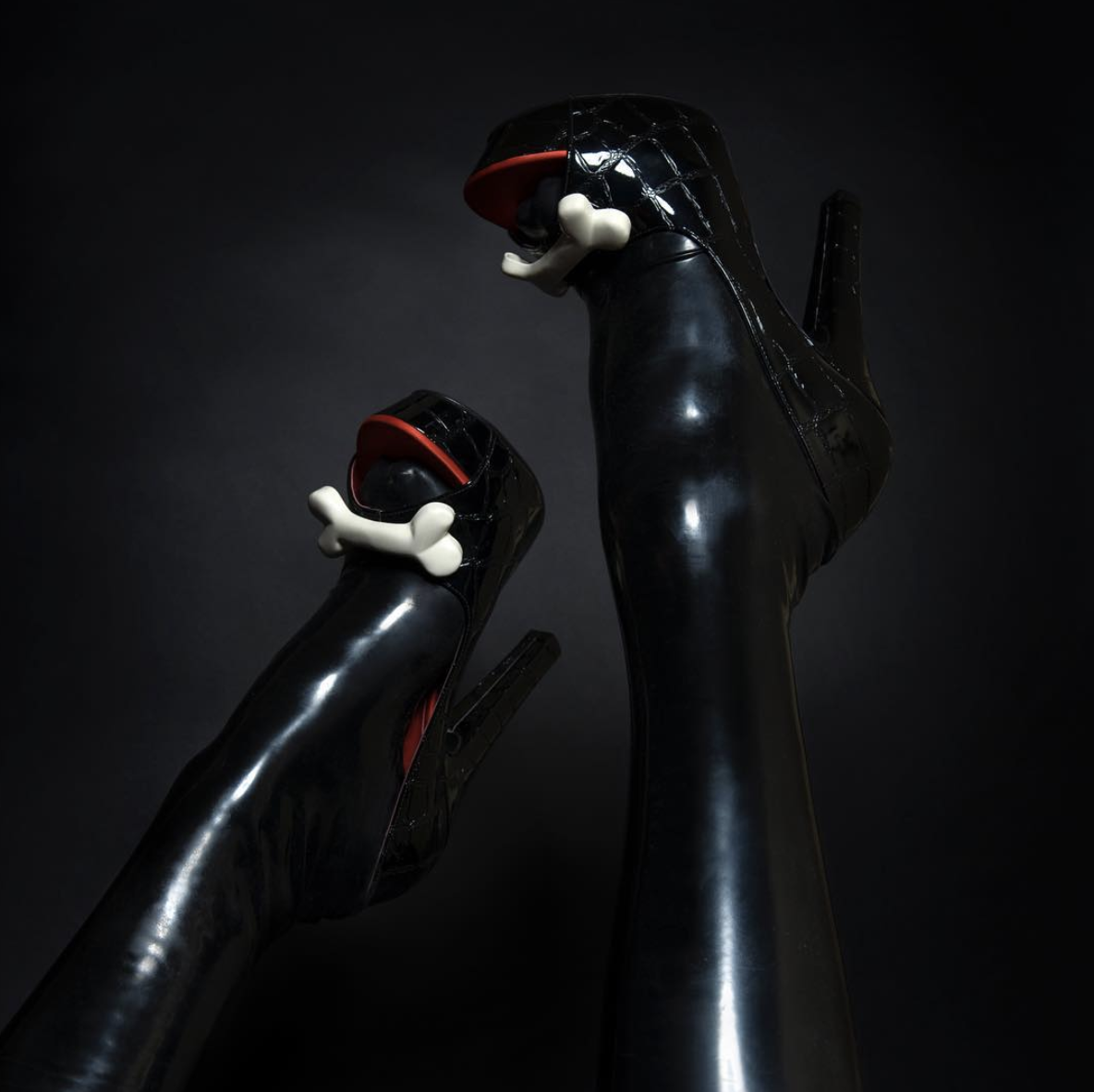 Speaking to media outlet Racked, Von D said: “I’m not interested in looking at cheap plastics. We’re looking at all these innovative, different leather substitutes that are made out of mushroom and pineapple, and they’re actually great for the environment and look equal to, if not better, than leather.”

In a response to an enquiry from a fan on Instagram, Von D confirmed that some of the styles in the current range will be made using leather derived from apple peels.