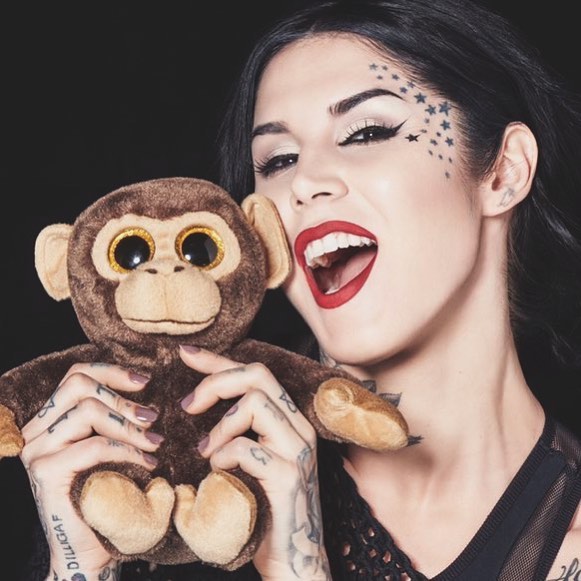 The funds were generated by sales of the limited edition “Project Chimps” shade of Everlasting Liquid Lipstick, which was released by Kat Von D Beauty in August.

“Not only will this donation help raise awareness to the cruel [and] unnecessary animal testing industry,” Von D stated in a Facebook post, “but it will help give 300 chimps—who for the last [three] decades have lived an unnatural life in testing labs—rehabilitation, and a safe haven to live out the comfortable life they deserve.”

Earlier this year, Von D announced that she would reformulate every product in her cosmetic brand to be completely vegan—launching the first veganised Shade + Light eye shadow palette in August—and debuted her cruelty-free brand in the United Kingdom and Ireland in October.

If you’d like to donate to Project Chimps, you can do so here: projectchimps.org/support-us/donate/.