Judge rules chimpanze must be released from zoo, and grants her “non-human rights”

A judge has ruled that a zoo chimpanzee is a “being” with “non – human rights” in a landmark animal welfare case. 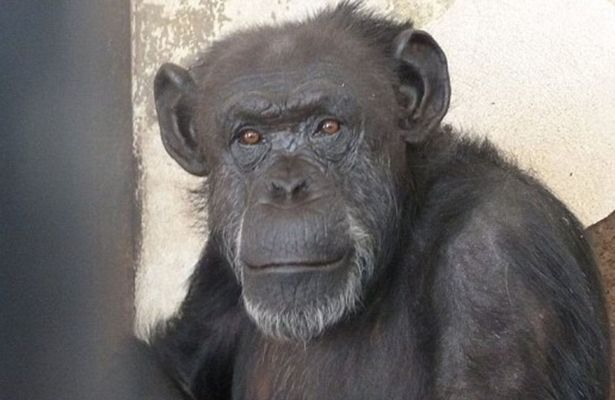 Cecilia, who is in her 30s, has sadly been kept alone in a concrete enclosure for years at the shabby Mendoza Zoo in Argentina after the death of two of her mates.

However, after complaints from a Spanish visitor, which resulted in a two-year legal battle, Judge María Alejandra Mauricio ruled Cecilia be freed and transferred to a sanctuary in Brazil.

She said: “We’re not talking about the civil rights enshrined in the Civil Code, but instead the species’ own rights to development, to life in their natural habitat.”

Cecilia will be moved to the Great Ape Project’s sanctuary in Brazil, where the chimp will be able to socialise with other chimpanzees and live in humane conditions.

Cecilia the chimpanzee will move to a sanctuary under a landmark legal ruling after years in a shabby Argentinian zoo Argentina. Photo: proyectogransimio.org

She was popular with visitors to Mendoza Zoo, which is notorious for keeping its residents cooped up in cages, but had been left alone with only a blanket for cover. Tragically, her only companions Charlie and Xuxa died some years ago, leaving a devastated Cecilia to spend her life alone in her pen.

The court case came after Pedro Pozas Terrados, who runs a chimp sanctuary for former circus and zoo chimps, visited Mendoza Zoo in September 2014. He launched a bid to free Cecilia and worked with the Great Ape Project and the Association of Officials and Lawyers for Animal Rights (AFADA) to get the lonesome chimp to a sanctuary.

Animal rights activists argued her confinement without fellow chimps was unlawful and the grubby conditions were affecting Cecilia’s health.

Mendoza Zoo is currently undergoing a refit with the support of the Argentinian government. It previously hit the headlines after an outcry over the appalling conditions in which Arturo the polar bear was living in.