Vegan actor and star of The Joker, Joaquin Phoenix scooped up an award for Leading Actor for his role in The Joker at the British Academy Film Awards on Sunday, but rather than heading to the after-party he opted to spread the vegan message to Londoners instead.

The Oscar-nominated star teamed up with animal rights organisation Animal Equality, who let down a huge 390 square-foot banner over London’s iconic Tower Bridge on Sunday, which said: ‘Factory farming is destroying our planet. Go vegan.’

Phoenix has been vegan since he was 3 years old after he and his siblings “witnessed fish being killed in a really violent and aggressive way.”

The star was seen wearing a black hoodie emblazoned with the words ‘animal equality’ and handing out leaflets and interacting with members of the public, asking them about their diets and sharing information about veganism. 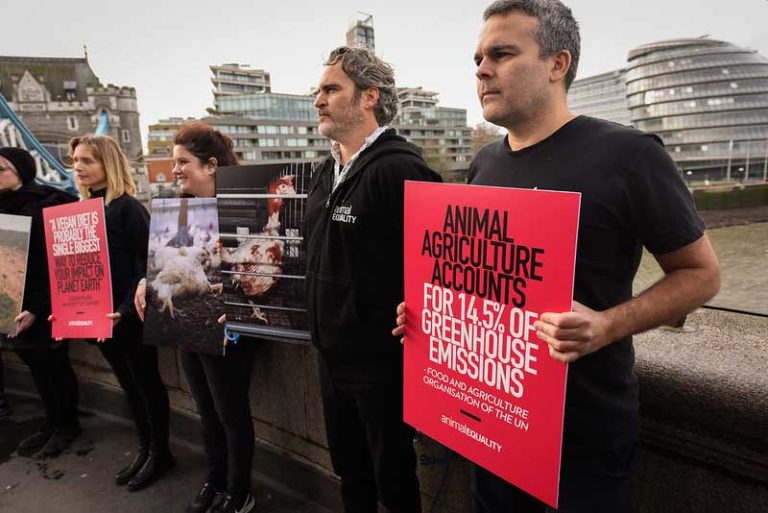 Speaking about his passion for encouraging people to go vegan, the actor said: “I think we have a personal responsibility to take action right now and one way that we can mitigate climate change is by adjusting our consumption and by going plant-based.

“I feel sometimes like it’s not being talked about enough. So I’m just encouraging people to learn more about eating plant-based and to make a difference to make whatever personal impact they can on the climate emergency.”