Joanna Lumley has joined animal protection organisation Open Cages in challenging Tesco to reveal the conditions in which it keeps chickens raised for cheap meat.

English actress Joanna Lumley has challenged Britain’s largest supermarket chain Tesco to reveal the true conditions in which they keep the chickens they raise for cheap meat.

The release of a graphic video detailing the chicken cruelty has prompted outrage from the actress who has joined forces with the animal protection organisation Open Cages to shed light on the truth.

The video shows chickens writhing in their own filth, struggling under the weight of their weak bodies and having their necks snapped by employees. 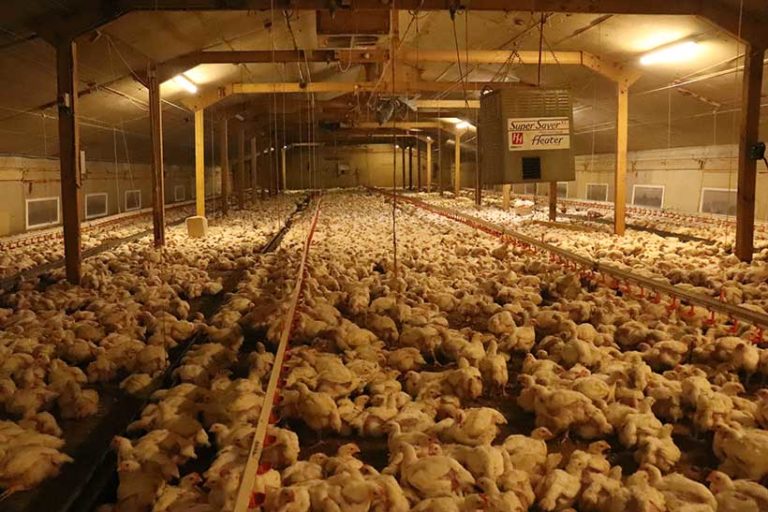 The undercover footage was released by Open Cages who have continuously attempted to expose the cruelty that exists in Tesco’s chicken rearing environments, but they continue to refuse to acknowledge any wrongdoing.

Open Cages are asking Tesco CEO Dave Lewis to allow campaigners to film the last two days of their meat chicken’s lives in order to document what happens in the sheds that house 40,000 birds.

In a statement sent to Vegan Food & Living, Joanna Lumley commented: “Tesco is the leading retailer of chicken meat in the UK.

“For years they’ve told the public that they’re committed to high welfare standards for their birds – but they don’t always put their money where their mouth is.”

The CEO of Open Cages, Connor Jackson added: “Joanna is challenging Tesco because, like us, she cares about animals. Increasingly, loyal customers are disgusted by the unnatural way Tesco produces cheap chicken: but their concerns are met with slogans and spin.

“So, Tesco, let’s settle this once and for all: let us film how your chicken is made or admit that your animal welfare standards are failing.”

Open Cages are calling on Tesco to sign the Better Chicken Commitment. Iconic names such as KFC, Marks & Spencer, and Waitrose have joined the initiative in a strong move to address the suffering of broiler chickens by 2026. Open Cages’ petition, urging Tesco to do the same, can be found at tescotruth.org.