The editor in chief of fashion magazine InStyle magazine, Laura Brown, has announced that fur will be banned from being featured in the pages of InStyle. 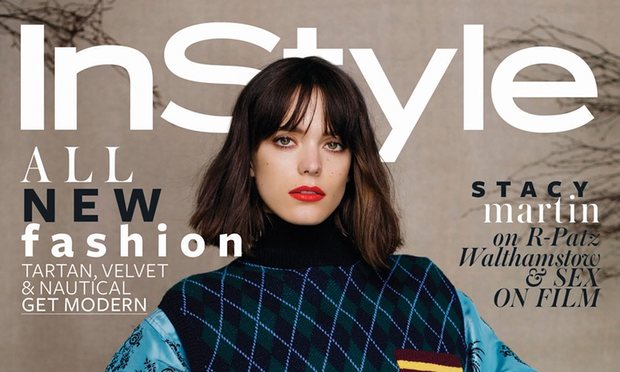 Brown made the announcement via Instagram, telling her followers that while she’s deliberately avoided photographing or advertising fur since becoming editor-in-chief of the magazine, her stance will now be official policy for the publication.

Brown, who recently participated with the Humane Society of the United States’ Humane Generation in February, wrote: “I want to be clear that InStyle does not photograph fur nor do we accept fur advertising. How thrilling that the fashion industry is beginning to embrace fur-free alternatives. Here’s to the dear chinchilla living a long and lovely life.”

Good morning! Since I started at @instylemagazine, we have not photographed or endorsed fur. But after doing a panel with the @humanesociety, I’ve written about it on my May editor’s letter. The tide is turning towards fur-free alternatives in the fashion industry, and we’re proud to be a part of it. Onward!

Brown’s full editor’s letter is set to be published in the May edition of Instyle to announce the publication’s stance, but the landmark decision to ditch fur from their pages has earned praise from the Humane Society and PETA.

“PETA welcomes the news that InStyle has officially declared fur to be out of style and will not support the sale of animals skinned for fashion,”  PETA senior vice president Dan Mathews said in a statement.

“PETA is showing our appreciation by sending InStyle editors chinchilla-shaped vegan chocolates to celebrate this sweet victory for compassion in fashion.”

Falling out of fashion

Instyle is the first major fashion magazine to ban fur but the latest in a spate of fashion brands to make an anti-fur pledge. Recently, Michael Kors, Jimmy Choo, Armani, Donatella Versace, and Gucci amongst others have turned their backs on the cruel fur industry following PETA campaigns and have pledged to stop using fur in their fashion collections.