IKEA Malaysia has replaced its vanilla soft serve ice cream with a vegan alternative, introducing a lactose-free, gluten-free and vegan option to the IKEA Bistro. 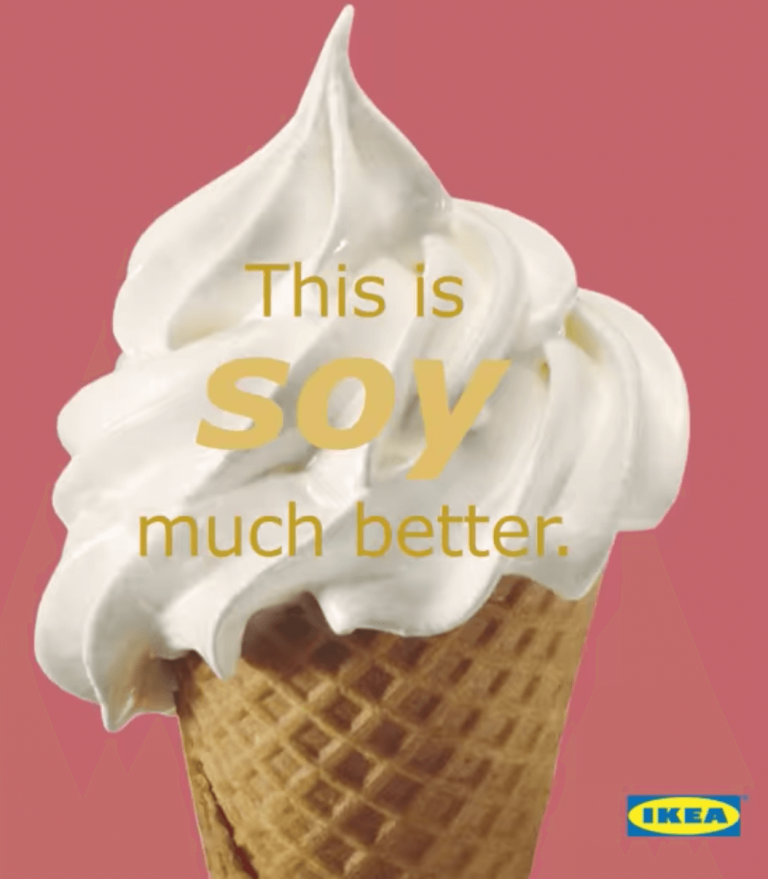 The furniture giant announced their preparation for this swap back in June. An Instagram post spoke of the search for a ‘100% plant-based, 100% delicious’ ice cream. They worked with lots of different suppliers to create the ‘right taste and texture’ for the product, experimenting with soy, fruits and oats.

It was predicted that the launch would happen in Summer 2019. The actual change has happened far ahead of schedule, among lots of social media enthusiasm.

On a Facebook post asking ‘Soya heard about our new ice-cream flavour yet?’ IKEA Malaysia said: ‘We’ve now swapped our vanilla soft-serve with 100% plant-based, dairy and gluten-free soya ice cream! All part of our plan towards a more sustainable environment, one soya ice cream at a time.’

Recently, the Swedish furniture giant announced that it would launch the vegan ice cream here in the UK too, so we’re excited for this to happen in the future.

IKEA has really stepped up its game with its plans for sustainability. Vegan doughnuts are now sold at UK stores, the recent trial of a ‘veggie dog’ received a 95% customer approval rating, the brand is PETA recognised for its cruelty-free furnishings and it recently pledged to cease the sale of single-use products by 2020.