Flat-pack furniture giant IKEA is working to develop a vegan version of its popular Swedish meatballs ‘that look and taste like meat’ using ‘plant-based alternative proteins’. 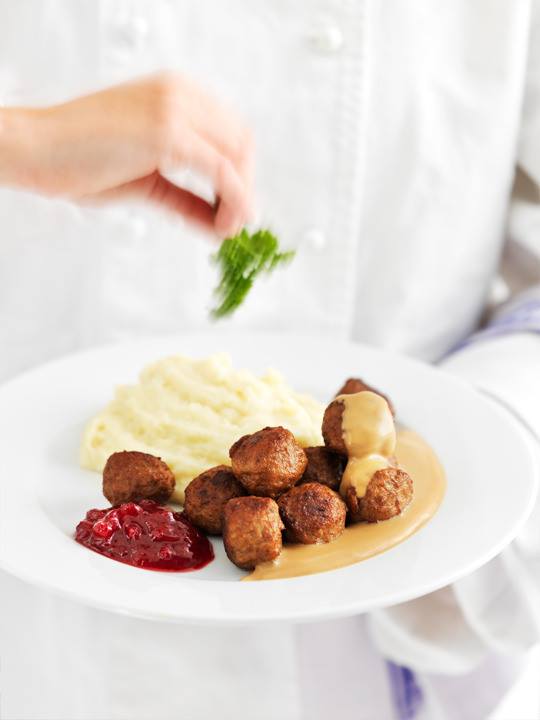 For 35 years IKEA customers have enjoyed Swedish meatballs, which are typically served with cream sauce, mashed potatoes and lingonberry jam, at IKEA restaurants.

For the time ever, the Swedish furniture company is working to create a delicious vegan version of the popular product that ‘look and taste like meat’ so those who don’t eat meat can enjoy this traditional favourite dish once again.

IKEA previously launched veggie balls made from chickpeas, carrots, peas, peppers, sweetcorn and kale back in 2015, but the new offering will attempt to replicate the original completely.

Discussing the development, Managing Director at IKEA Food Services AB, Michael La Cour, said: “We know that the IKEA meatballs are loved by the many people and for years the meatballs have been the most popular dish in our restaurants.

“We see a growing demand from our customers to have access to more sustainable food options and we want to meet that need. Our ambition is to make healthier and more sustainable eating easy, desirable and affordable without compromising on taste and texture.”

In a bid to provide more sustainable and ‘healthier’ options to customers, IKEA launched a vegan ice-cream as well as plant-based caviar and a veggie hot dog in 2018. Following on from the successful launch of the soy-based ice-cream in stores, IKEA has launched a strawberry version in time for summer.

As well as introducing vegan ice-cream, IKEA has also pledged to remove single-use plastic from stores by 2020.

The furniture giant plans to trial the new vegan offering early next year.