Holland & Barrett is selling a vegan panettone in its Christmas range

Holland & Barrett has announced the products joining its festive range this Christmas and there are some tasty vegan goodies to choose from. 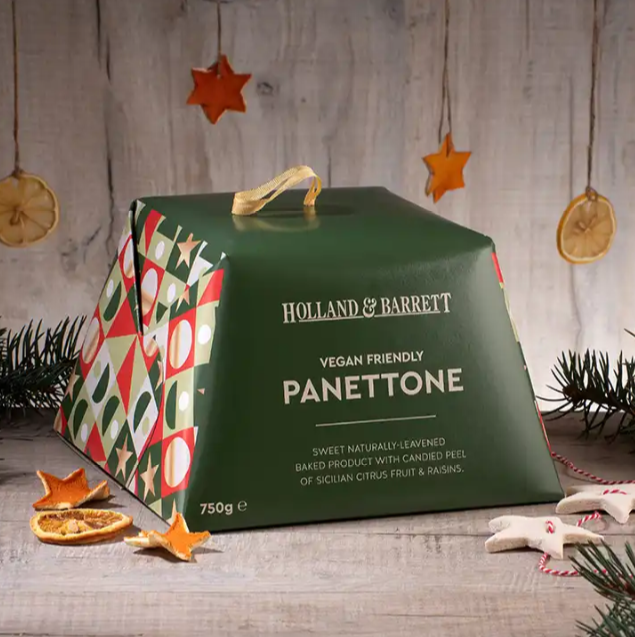 Panettone is a quintessential treat and Christmas time, and Holland & Barrett is putting it back on the menu this year with the release of its very own vegan-version.

The Vegan Panettone (£6.99) is a sweet, naturally leavened baked vegan cake studded with candied peel of citrus fruit from Sicily and raisins.

According to the company, ‘Enjoy on it’s own with a cup of our delicious festive coffee from Littles with friends and family. Our large Panettone is a must-have for sharing this Christmas & our mini Panettone is great as a stocking filler!’ 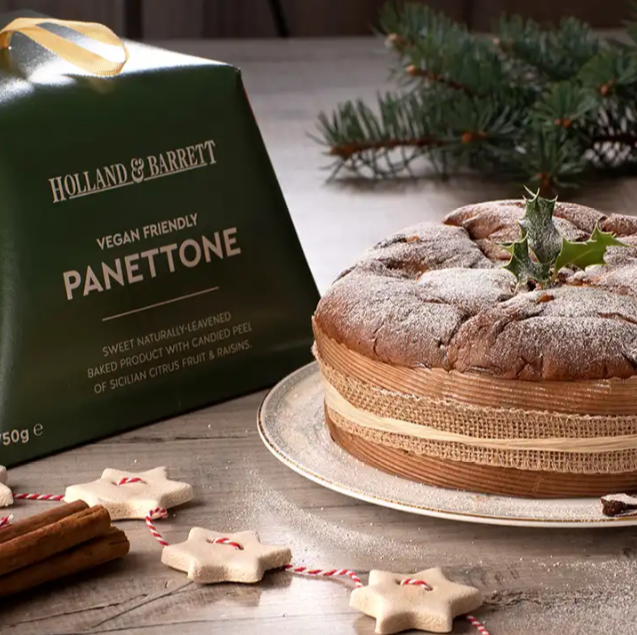 As well as launching a vegan panettone, Holland & Barrett is also selling a Vegan Selection Box (£3.49), which comes with dairy-free chocolate bars, coins and a lolly and makes the perfect sweet treat for little ones. 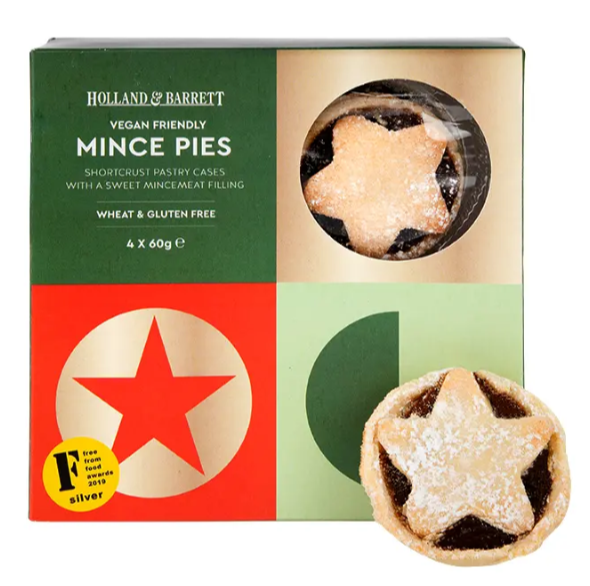 Describing the festive staples, Holland & Barrett said: ‘Sweet shortcrust pastry wrapped around our fruit mince filling. Christmas would not be the same without tucking into one or two of these delicious parcels of festive flavour.’