Higgidy has announced the launch of its first vegan sausage roll and a brand new vegan pie.

The plant-based rolls are filled with chestnut and porcini mushrooms, pearl barley and spring onion with miso and soy, wrapped in vegan puff pastry and topped with a crispy kale seaweed crumb.

Higgidy will also be rolling out the new product in Sainsbury’s from 1 January and Ocado from 13 January.

The rolls are not the only exciting new range addition to the range as Higgidy has also launched a new limited-edition Vegan Aubergine & Spinach Masala Pie (£3.90). The hearty new pie is spiced with cumin, chilli and garam masala in vegan shortcrust pastry and is topped with a puffed rice, date and pumpkin seed crumb. 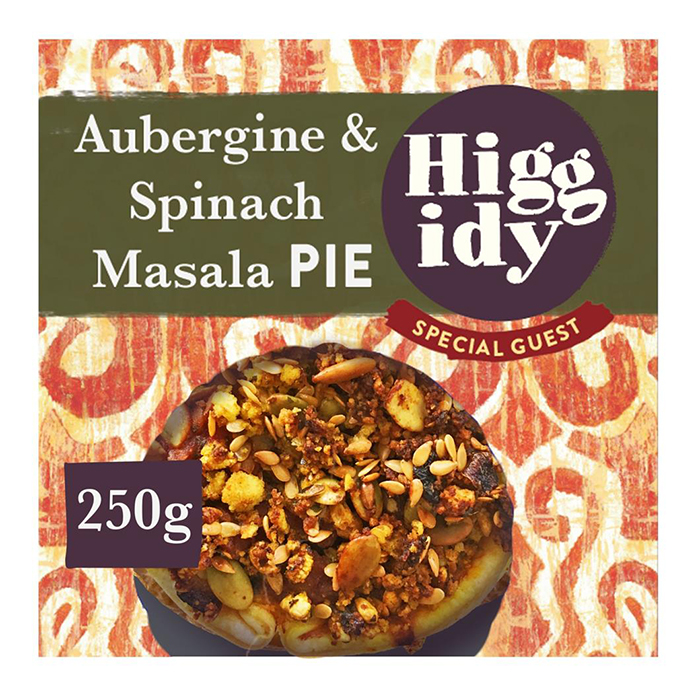 In a statement, Higgidy MD Mark Campbell said: “Although vegan may not be new, we’ve seen a real opportunity to develop a premium vegan roll that avoids meat substitutes, putting veggies front and centre.”