The Plant Based Treaty aims to tackle emissions from animal farming and attributed deforestation, which it says is a key driver of the climate emergency

A UK town has become the first in Europe to endorse the Plant Based Treaty, which aims to fight the climate crisis by tackling emissions from animal farming and attributed deforestation.

Haywards Heath Town Council has joined 17 municipal governments worldwide, including Boynton Beach in Florida and Rosario in Argentina, in backing the treaty.

The Plant Based Treaty and food waste reduction will be cornerstones of a new Education and Business Environmental Awards Scheme that Haywards Heath Town Council is launching.

The council notes that while it is ‘unable to build large solar farms or wind turbines’, it can educate and encourage the local community to reduce food waste and move to plant-based diets to reduce CO2 emissions – strategies which are effective as a large-scale move to green energy. 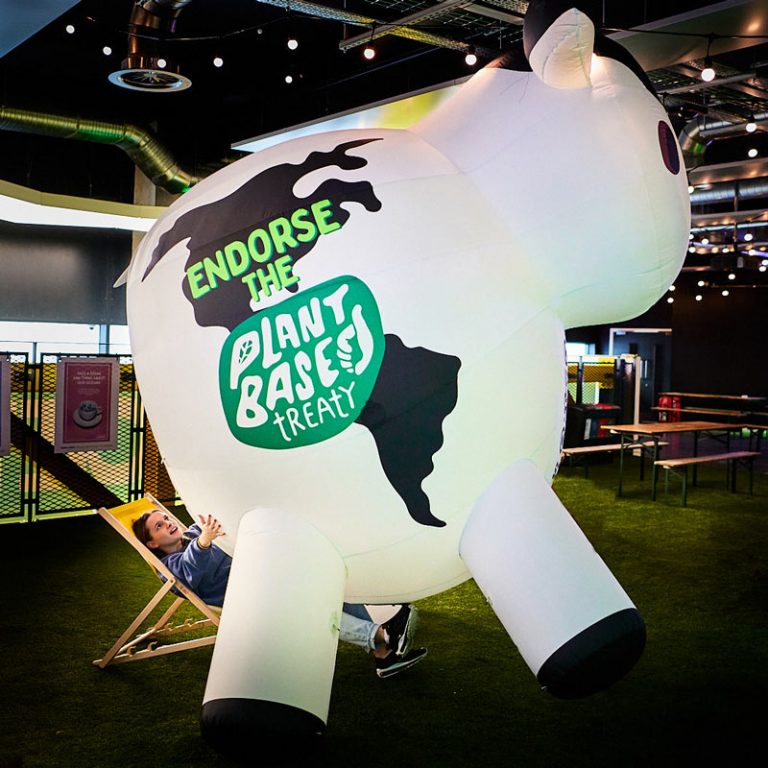 Haywards Heath is leading the way in joining the Plant Based Treaty, encouraging people to adopt a plant-based diet to help climate change issues

Signing the Plant Based Treaty

In a statement sent to Vegan Food & Living, Green Councillor Dr Richard Nicholson, who first presented the Plant Based Treaty to the Climate Change Committee, said: “The Climate Crisis is no longer a distant future threat but an existential crisis that is upon us in 2022.

“The South East of England has endured the highest ever summer temperatures in history and people’s properties have been destroyed by fire and flood.

“We cannot wait for governments – we must all act immediately – and moving to a plant-based diet is the most impactful thing any individual can do to help address the grave situation we face.

“I’d encourage all Town, District, County and Metro councils to sign the Plant Based Treaty immediately.”

Nicola Harris, communications director at Plant Based Treaty, added: “Haywards Heath’s decision to call for urgent global action on plant-based solutions to the climate crisis demonstrates true leadership. It will be welcomed by those experiencing the devastating impacts of climate change.

“Record-breaking 40C+ temperatures this summer are a bleak reminder that cuts to emissions from fossil fuels and animal agriculture can’t come soon enough.

“Animal farming is directly responsible for a third of human-caused methane. Therefore we need local, national and international cooperation to reduce food-related emissions through a shift to plant-based diets, boosted by action on food waste.”

Support for the Plant Based Treaty

Now climate campaigners are calling on other areas to join Haywards Heath in creating a ‘national council-led movement calling for a shift towards healthier, more sustainable plant-based diets’.

Almost 5,000 people have signed a petition calling on Glastonbury to endorse the Plant Based Treaty.

And 20 MPs have signed  Early Day Motion 434, which welcomes the Plant Based Treaty and calls for the UK to be a ‘world leader in recognising the negative impact of industrial animal agriculture on climate change and commit to developing a global strategy to transition towards more sustainable plant-based food systems’.

Other support for the treaty has come in the form of endorsements from vegan celebrities including Paul, Mary and Stella McCartney.

The trio released a statement saying: “We believe in justice for animals, the environment and people. That’s why we support the Plant Based Treaty and urge individuals and governments to sign it.”

Fancy cutting your own carbon footprint? Try ditching the meat for plant-based alternatives with our 21 vegan seitan recipes even meat-eaters will love.