Greta Thunberg has won the GQ Game Changer award for her tireless dedication to global activism, all before sailing off on a zero-carbon yacht to New York City. Is there anything she can’t do? 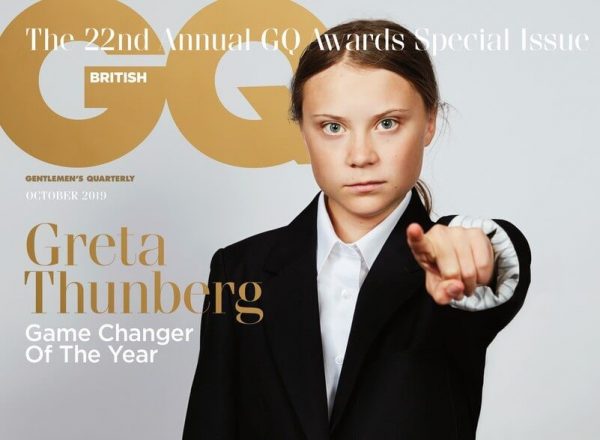 It’s sometimes hard to believe that Greta Thunberg is only 16 years old! After rising to mass-media fame through her inspirational TED Talk and countless appearances at critical climate-change protests, this inspiring teen’s tireless efforts have been officially recognised by popular publication GQ magazine.

Noting Greta’s efforts to encourage global action on climate change, GQ have decided to commend Greta with the first ever Game Changer Award, at the GQ Men Of The Year Awards 2019. According to the magazine’s Editor-In-Chief, Dylan Jones: “The Game Changer Award was created for Greta Thunberg. Her fearless dedication to raising awareness of the global climate change crisis makes her the absolute embodiment of this award and on behalf of GQ we couldn’t be prouder to celebrate her at the upcoming GQ Men Of The Year Awards.” 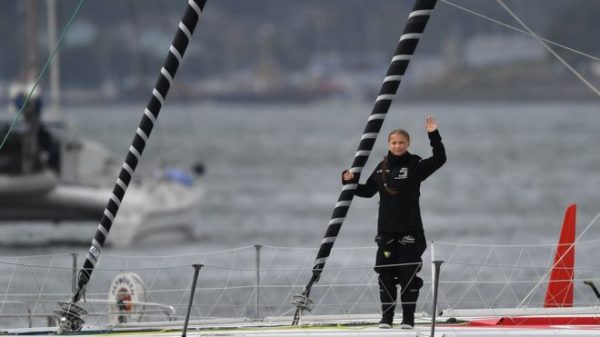 If that wasn’t quite enough achievement for Greta, the trail-blazing teen has embarked upon a zero-carbon sailing excursion from Plymouth to New York City, in the hopes of demonstrating her unshakeable passion for living a sustainable life. The yacht journey will see Greta voyage through the Atlantic seas, alongside her father and two crew members, in order to save the carbon emissions otherwise polluted by such a journey taken via aeroplane.

In a speech at her shoreline press conference prior to the sail, Greta told her audience: “There’s always going to be people who don’t understand or accept the united science, and I will just ignore them, as I’m only acting and communicating on the science” adding that her mission’s purpose was “to do everything I can to tackle climate change which was a very big problem”.

The yacht is powered by solar panels to facilitate communication and lighting, whilst underwater turbines help generate zero-carbon electricity, helping sustain the 18 meter yacht throughout Greta’s journey. An inspiring young activist, whom encourages you to make sustainable changes in your everyday life – a true Game Changer if ever we did see one!