Greggs are developing vegan versions of their bestselling items

Following the success of the Greggs vegan sausage roll, the popular bakery chain have announced that vegan versions of their bestselling items are in development! 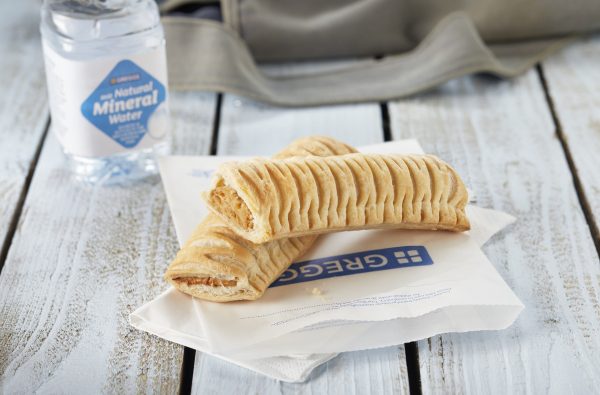 Following the roaring success of Greggs vegan sausage roll, a game-changing baked item which launched in January this year and saw the company’s profits skyrocket by 58%, Greggs vegan options are set to increase as it is developing plant-based versions of some of the popular chain’s other traditional offerings.

According to The Guardian, Greggs are developing vegan versions of their classic bestselling products, from the Steak Bake to pasties and doughnuts. A smart move from the company, who saw their popularity amongst vegans (and, rather aptly, their unpopularity with a certain TV presenter) soar throughout Veganuary this year.

Greggs’ chief executive, Roger Whiteside, delivered the news that many vegans were waiting for when he spoke to LBC this Friday: “We are working away to see if we can come up with a version of all our bestselling lines because people want vegan options. If we can produce something that tastes just as good as the meat version, then that will sell very successfully. That’s what’s been shown with the vegan sausage roll.

What’s more, Whiteside revealed that the Greggs innovation team is currently working on developing a brand new product, which they have promised to be as big as the sausage roll. They’ll have to go some to beat the enormous popularity of their Quorn sausage collaboration, wrapped in their unbelievably vegan flaky pastry. One thing we know for sure, is that Greggs are taking progressive steps in making their food offerings more inclusive, and there’s a hungry vegan audience just waiting to taste their new innovations.