Some would say Greggs is an integral part of British culture in the same way the monarchy and drinking tea are.

The high street bakery chain has brought out several vegan items in the past couple of years, including the iconic vegan sausage roll and vegan steak bake.

First on the new menu will be a Vegan Sausage Bap featuring plant-based Quorn bangers in a deliciously toasted bread roll.

This will be the chain’s first proper vegan breakfast option, although we totally condone a vegan sausage roll for breakfast.

Secondly, Greggs is also adding a new lunch option: the Ham and ‘Cheeze’ Baguette. This tasty vegan lunch will be filled with Quorn ham and cheddar flavoured ‘cheeze’ slices. 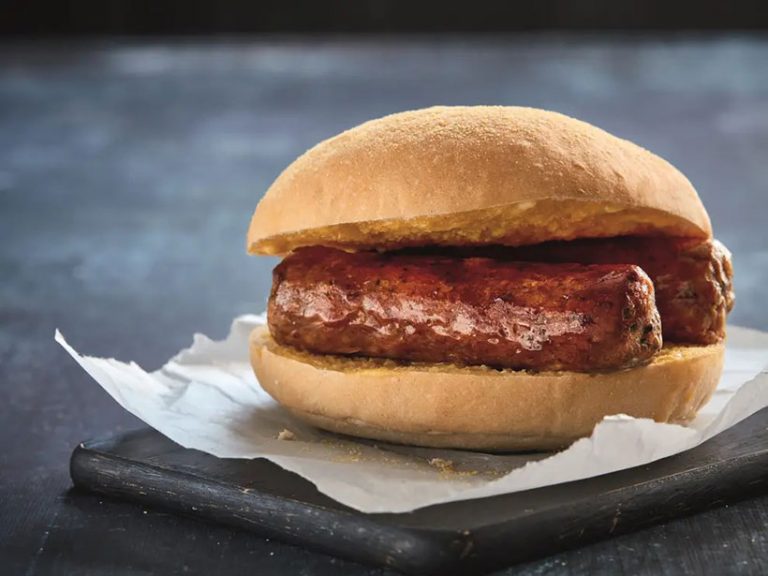 Speaking to Metro, a Greggs spokesperson revealed that the new vegan options will be trialled in a few stores before a wider rollout.

‘Over the coming weeks, we’ll be trialling our delicious Vegan Ham and Cheeze Baguette and Vegan Sausage Breakfast Roll in a very small number of shops, with a wider launch planned for later in the year.’

It has not yet been revealed which stores will be trialling these new menu items, but we’re sure one of the chain’s OG Newcastle stores will have them on offer.

Aside from the iconic vegan sausage roll and steak bake, there are a few more treats you can tuck into at Greggs.

The Glazed Ring Doughnut is thankfully vegan, providing a sugar fix for any vegans craving something sweet while out and about.

Savoury snacks include the Hash Browns and Southern Fried Potato Wedges – who doesn’t love potato in any form?

And seasonal treats include Greggs Mince Pies and Hot Cross Buns which are both accidentally vegan. What’s not to love!

Keep your eyes peeled for updates about which stores will be trialling the new vegan sausage bap and vegan baguette at Greggs!

Out and about in the big smoke?
Here are the 25 Best Vegan Restaurants in London 2021.