The high street bakery's full plant-based Christmas menu will launch in all of its stores across the UK from November 10, with some items available now

Greggs has announced the plant-based Christmas items it will be adding to its festive menu this year.

Its all-new Vegan Turkey-Free & Stuffing Baguette is already available in Greggs stores across the UK.

Meanwhile, its Vegan Festive Bake will hit shelves up and down the nation from Thursday, November 10. 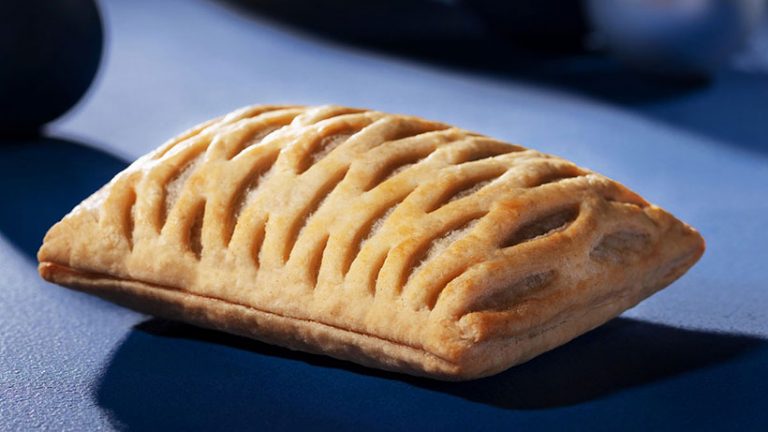 Greggs' Vegan Festive Bake is is filled with Quorn pieces, sage and onion stuffing, a vegan bacon crumb, and finished with a cranberry and sage sauce. Image credit: Greggs

Describing the new festive options in a statement sent to Vegan Food & Living, a Greggs spokesperson said: “[It’s the]news you’ve all been waiting for… Our vegan Christmas menu is growing!

“Say hello to the Vegan Turkey-Free & Stuffing Baguette. Made with tasty sage & onion plant-based goujons developed with the help of our friends at THIS!™, covered in a mouth-watering onion gravy and garnished with a classic cranberry and port sauce.

According to Greggs, its classic Festive Bake ‘got a bit lonely up there in the spotlight’, adding that it ‘longed for a companion just as magnificent, just as tasty and just as festive’.

The spokesperson added: “Many have tried but none have succeeded. That is… until Christmas 2021 where we introduced the one, the only, the VEGAN Festive Bake. Christmas is coming, and there’s something for everyone.”

Fancy popping into the high street bakery and treating yourself to a tasty treat? Find out more about Greggs vegan options.