The new vegan Greggs options are available in the bakery's 2,200 UK stores from today

Greggs vegan options have now expanded as the chain has added two new hot vegan sandwich options to its plant-based menu – with both available from stores nationwide today.

The high street bakery, which boasts some 2,200 outlets across the UK, debuted its first vegan option – a meatless version of its popular sausage roll – in January 2019.

Since then, Greggs has become a firm favourite among meat-free diners, who will be excited to learn about its latest offerings.

The new options include the Vegan Southern Fried Chicken Baguette and the Vegan Bean and CheeZe Toastie.

And a further dish is set to follow: from September 15, vegan fans of Greggs’ Southern Fried Chicken Goujons can try out its new plant-based alternative.

In a statement sent to Vegan Food & Living, a Greggs spokesperson said: “Our Southern Fried Chicken Baguette has got a brand-new vegan pal. Yep that’s right, we’ve re-invented our fiery classic but this time with chicken-free goujons.

“Made with a freshly baked crunchy baguette, packed with our tasty vegan goujons and topped with mature Cheddar vegan cheeZe flavour slices, sliced red onion and a generous helping of our infamous chipotle chilli sauce. What more could you want?”

Describing the Vegan Bean and CheeZe Toastie, they added: “We’ve made a mouth-watering cheeZey beany toastie to sink your teeth into.

“Made with grated vegan cheeZe and classic baked beans. It’s a treat for the mouth, as well as the soul.” 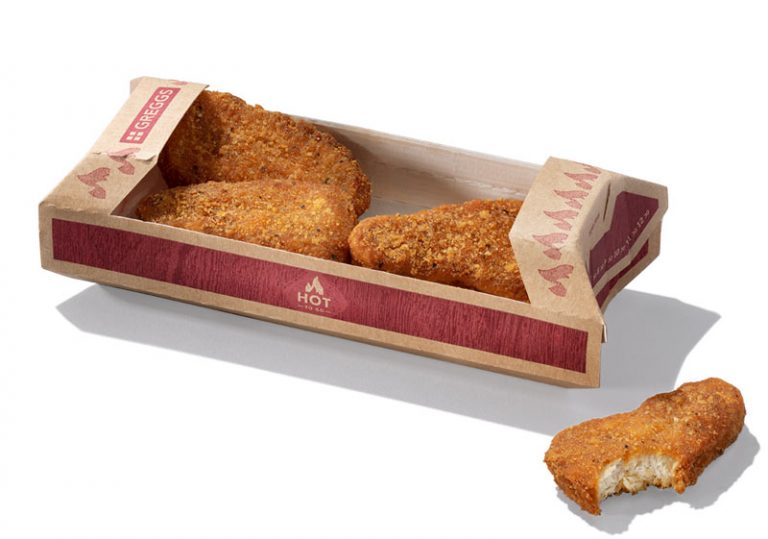 And of the goujons, they said: “Crunchy on the outside, tender on the inside, our vegan goujons are a taste sensation. Made with tasty meat-free filling and coated in lightly spiced southern fried breadcrumbs. Pair with one of our sweet chilli dips for a top-tier tasty treat.”

Greggs’ new vegan sandwiches are available now, costing £3.40 and £3.05 respectively. Its plant-based goujons, which will launch on September 15, are priced at £3. All options can be made into a meal with a drink and potato wedges for £4.70.

Fancy taking your plant-based pastries to the next level? Turn your hand to our Vegan Glamorgan Sausage Roll recipe.