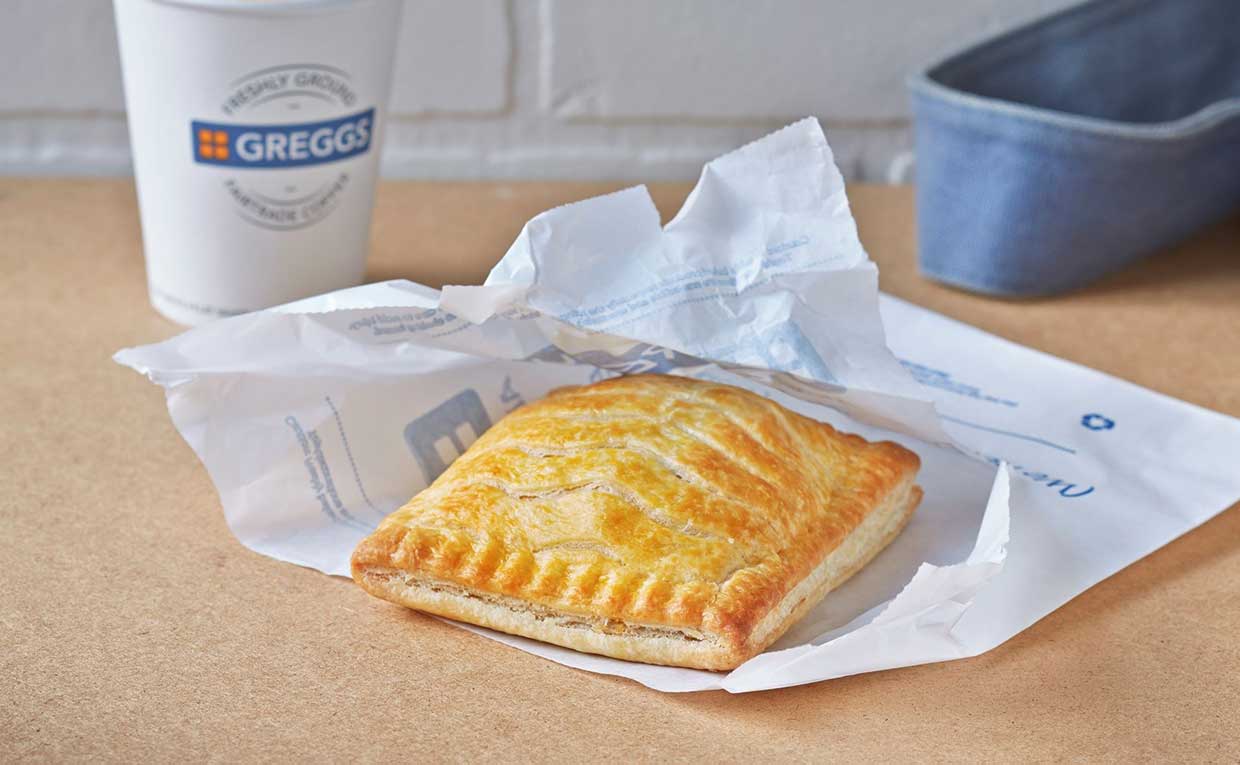 Following on from the success of its vegan sausage roll and steak bake, Greggs CEO Roger Whiteside teased that the chain could release vegan chicken as its next vegan launch.

We could soon see vegan chicken added to the menu at Greggs after CEO Roger Whiteside revealed to The Sun that the company is “evaluating more vegan products.”

Acknowledging that plant-based meat alternatives are the future, Whiteside told The Sun: “[Vegan] chicken is a way forward. I have seen some good products out there.”

However, he also admitted that creating vegan products that live up to the hype can be challenging “technically and operationally” as many don’t pass taste tests and raw materials may not available in the industrial quantities needed.

The high-street bakery chain has enjoyed a successful year following on from the success of the launch of its popular vegan sausage roll, so much so in fact that it will pay £7 million in bonuses to its 25,000 staff members.

Keen to replicate the success of the sausage roll, the company released its hotly-anticipated vegan steak bake in stores nationwide last week.