Greggs has released a savoury vegan wrap in its sandwich range

Greggs has finally introduced a vegan offering to their grab-and-go sandwich selection, and it counts as one of your five a day. 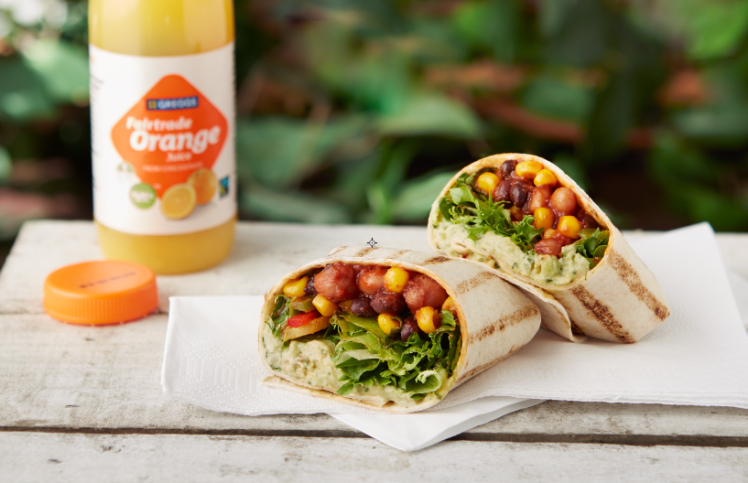 Greggs has finally introduced a vegan offering to their grab-and-go sandwich selection, a Mexican Bean Wrap priced at £3.

Available in stores now, the plant-based option has been added as part of Greggs’ Balanced Choice range, and actually counts as one of your five a day and contains just 345 calories.

The Mexican wrap consists of mixed beans, sweetcorn and mixed peppers all smothered in spicy tomato sauce, spicy guacamole and chipotle chilli sauce, and wrapped up with salad leaves in a soft tortilla.

Earlier this year PETA launched a petition to encourage the high-street bakery to create a vegan version of its popular sausage roll in Greggs, but for those who were hoping for a vegan-friendly sausage roll it looks like we will still have a bit longer to wait for this particular product to hit the shelves.

Roger Whiteside, CEO of Greggs said: “We’re aware people would like those types of options in some of our savoury categories and things, but they’re more difficult to achieve, frankly, because what we’re looking to do is to find things that have broad appeal because they taste great.”