The CEO of Greggs is trying a plant-based diet after being inspired by vegan athlete documentary The Game Changers. 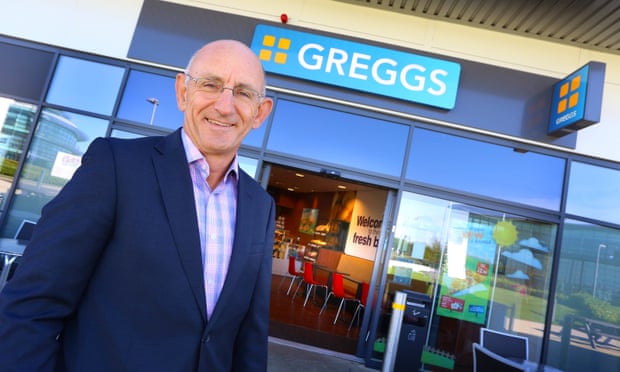 Greggs’ CEO Roger Whiteside has been eating a plant-based diet for around three weeks after seeing the health benefits promoted in The Game Changers.

The Game Changers aims to shake-up outdated myths surrounding performance and nutrition by asking elite athletes such as Lewis Hamilton and Arnold Schwarzenegger to compare the merits of meat, protein, and plants for building strength, with plants unsurprisingly coming out on top.

Speaking to local media publisher The Journal after he accepted the North East Business Executive of the Year award, Whiteside said: “If you’d asked me three weeks ago which roll I preferred I would have said the original sausage roll, but I’m now attempting to live on a vegan diet.

“I was encouraged to watch a film on Netflix called The Gamechangers – I watched it and thought this is interesting. Obviously there are arguments based around animal welfare and the environment, but this was all about the health benefits, and I thought I should give it a go.

“Avoiding meat is easy. The problem is avoiding dairy, avoiding milk and cheese is almost impossible. It would be okay if I had time to cook, but I don’t, so I have to have things that are quick and easy.”

Following on from the unprecedented success of its vegan sausage roll launch earlier this year, Whiteside has revealed that the company is working hard to create vegan versions of its popular bakes, including the Steak Bake.

“We are working away to see if we can come up with a version of all our bestselling lines because people want vegan options. If we can produce something that tastes just as good as the meat version, then that will sell very successfully. That’s what’s been shown with the vegan sausage roll,” he revealed.