A series of ads for restaurant chain Gourmet Burger Kitchen received 195 complaints from people who felt they were offensive to vegetarians and vegans, making it the most complained about advert of 2016. 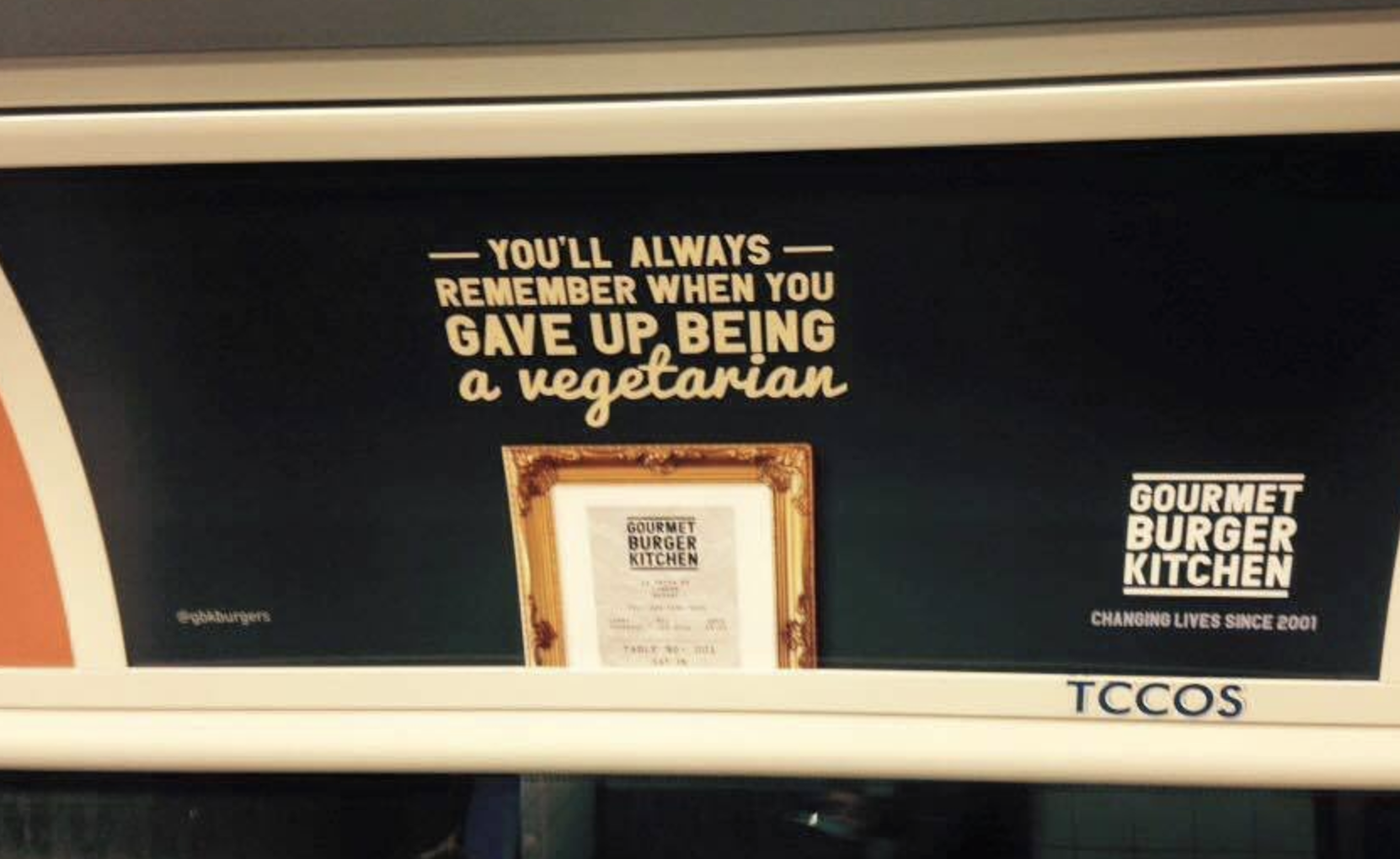 A series of ads for restaurant chain Gourmet Burger Kitchen (GBK) saw 195 complain they were offensive to vegetarians and vegans. The ads featured phrases such as: “You’ll always remember when you gave up being a vegetarian”, “Anyone fancy a nice, juicy, 6oz lettuce?”, “Resistance is futile”, “Burger is the new quinoa” and “They eat grass so you don’t have to” with a picture of a cow.

The campaign prompted a number of objections on Twitter, where protests coalesced around the hashtag #gourmetmurderkitchen

@gbkburgers cheers for making it even easier to ignore your food chain. Really bad advertising.#gourmetmurderkitchen pic.twitter.com/ZX1PwYD7fl

The chain initially defended the adverts saying: “We love our customers, and we especially love our veggie burgers. We’re just channeling our inner-carnivore a little this January in a you-can’t-be-serious-no-we’re-really-not-serious way. Still plenty of room (and burgers) for the herbivores out there.”

However, as the protests intensified and many protestors discussed boycotting GBK, the company changed tack and announced it with be withdrawing some one the adverts, saying:

“We’ve been reading the reaction to our latest advertising campaign and needless to say, we’re quite taken aback. The last thing we ever intended to do was offend or alienate vegetarians. The same vegetarians that we’ve looked after and fed since our very first restaurant. Our intentions were light-hearted and not meant to cause any offence, but clearly we have, and for that we apologise.

“While we’ve served beef at the core of our menu since 2001, we’ve always catered well to the veggies out there, and that’s never going to change. 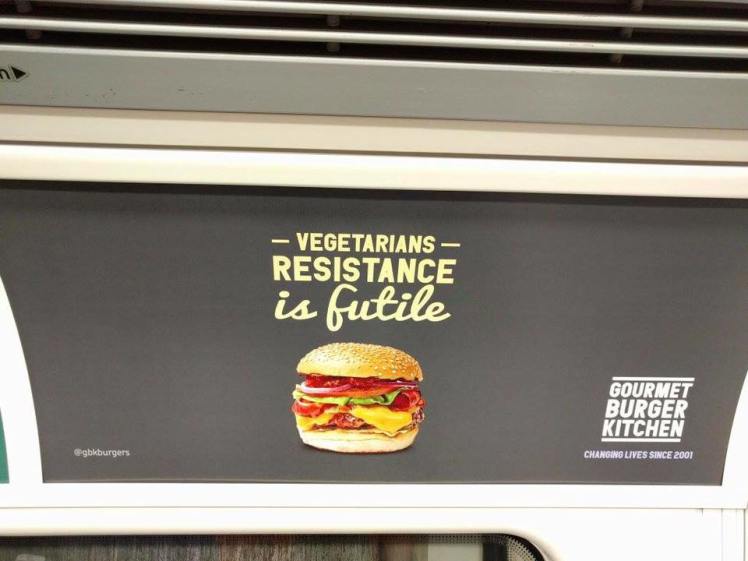 GBK decided to withdraw three of the adverts following the complaints, with the two ads that mentioned lettuce and quinoa remaining in the promotional campaign.

The ASA said: “We took no further action on these two ads as we considered they were likely to be interpreted by most viewers as general references to ingredient and food-trend preferences rather than broader comments on vegetarianism, veganism or other beliefs.”