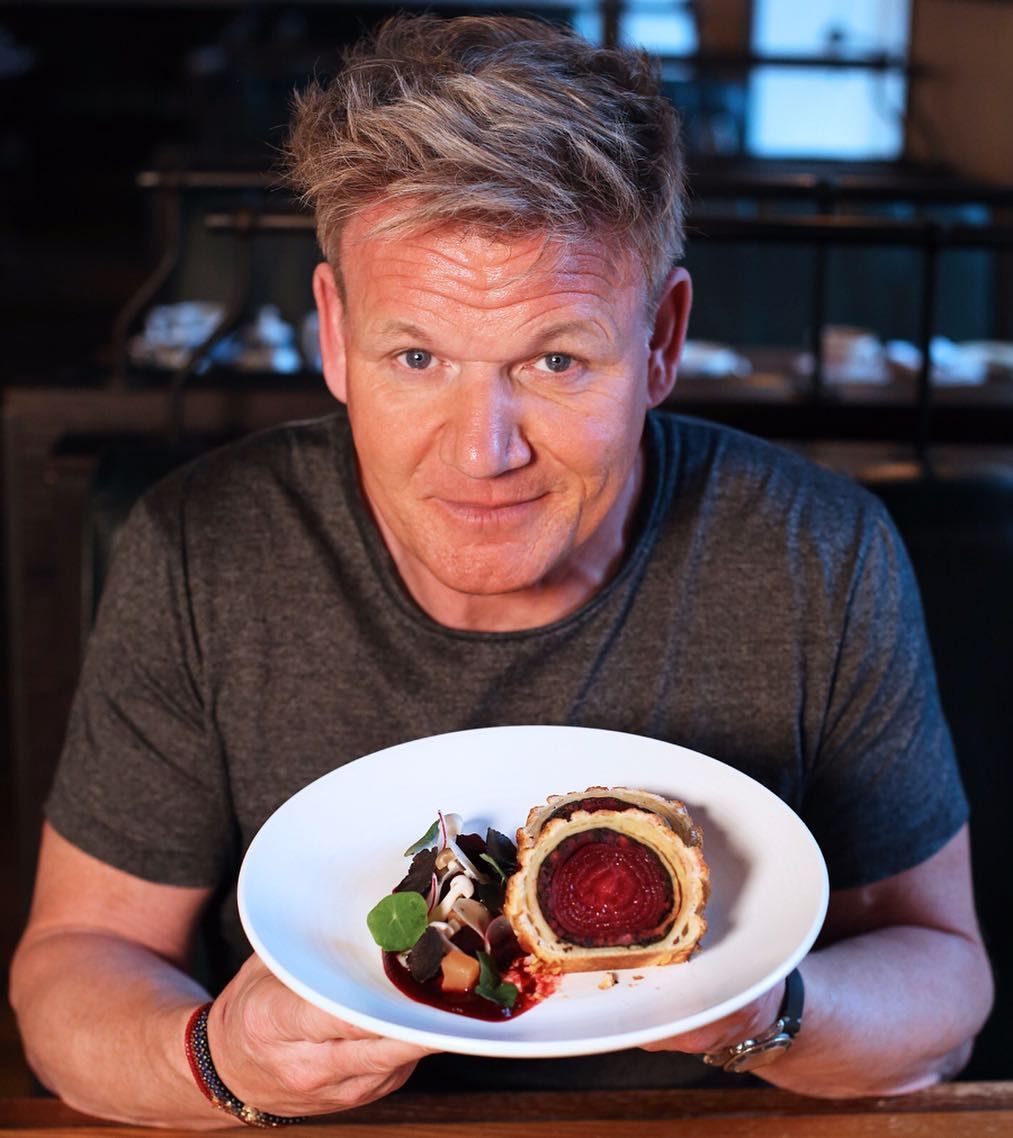 After stating in 2018 that he was giving “this vegan thing a try” by adding a vegan pizza to the menu at his London-based restaurant Bread Street Kitchen, celebrity chef Gordon Ramsay has added a brand new addition to the menu in the form of an impressive plant-based Sunday roast.

The roast features a vegetable-stuffed Wellington served with a side of steamed veggies, braised carrots, roast potatoes and lashings of rich gravy.

Taking to Twitter to announce the new addition to the menu to his 7 million followers, Ramsay said: “It’s happened. The vegan roast has landed at [Bread Street Kitchen].”

The chef, who launched a vegan menu at his restaurant this year in celebration of Veganuary, recently shared a blog post on the Bread Street Kitchen which discussed the rise of the vegan roast by saying that whilst a traditional Sunday roast is a social occasion that brings people together, it ‘just won’t cut it for the veggies and vegans out there’ thanks to its reliance on animal products.

“Last year the UK overtook the leader, Germany, in the amount of new vegan products that were released,” says the chef in the post. “Plant-based diets are trending, and dairy free milks are offered in any coffee shop worth its salt.

“Between 2014-2018 the number of UK vegans quadrupled, and the sign ups for 2019’s Veganuary doubled from last year. Veganuary was something that our guests celebrated, and Gordon’s famous Beet Wellington took off at Bread Street Kitchen and remains on the restaurant’s dedicated vegan menu.

“If the roast is going to survive, it needs to evolve to meet the expectations, and diets, of our generation. Hence, the rise of the vegan and vegetarian roast.”

Not one to let vegans have their cake and eat it, Piers Morgan also felt the need to insert himself into the conversation by responding to Ramsay’s tweet announcing the new menu item claiming the Sunday roast looked ‘revolting’. 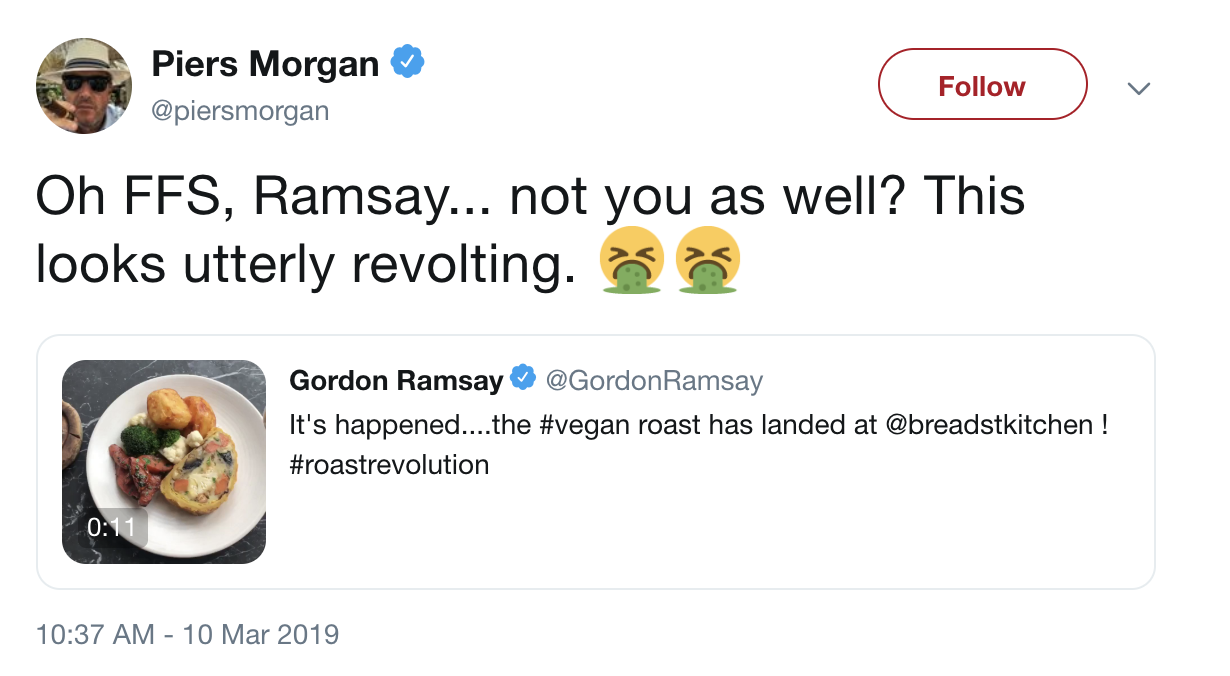 Taking to Twitter, Piers slammed a vegan dish by tweeting Gordon’s video of the meal and writing: “Oh FFS, Ramsay… not you as well? This looks utterly revolting” alongside a series of vomit emojis.