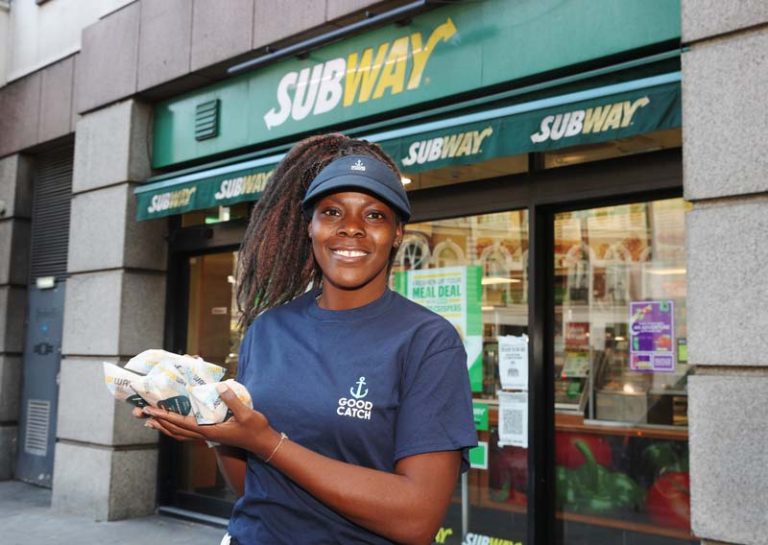 The ‘OurWay’ tour was a huge success for the plant-based movement, however, Subway was left feeling a bit salty.

Following Good Catch’s event, Subway has since served the plant-based brand a cease and desist letter, claiming ‘OurWay’ is an infringement on the Subway brand.

The vegan fish brand shared the legal letter on Instagram, with the caption “We’ve got mail!”

In the letter, Subway maintained it will continue to serve its “100% wild-caught tuna”, but also revealed the brand is developing new plant-based menu additions.

However, Subway quickly threatened Good Catch with legal action unless they ceased the ‘OurWay’ trademark.

The fast-food giant demanded that Good Catch no longer engaged with any ‘OurWay’ affiliated products including the food truck, sandwich wrappers and advertising material.

As you may have seen, a New York Times investigation into Subway tuna sandwiches recently revealed that no tuna DNA was present in the tuna subs.

These headlines also follow the recent airing of Netflix documentary Seaspiracy, which documented the harm caused by commercial fishing to ocean health and marine species.

Good Catch is now on a mission to spread the word about tasty plant-based seafood, and to motivate consumers to encourage Subway to go fish-free for good.

In addition, the event had lots of people talking, including Seaspiracy creator Ali Tabrizi, who shared: “The OurWay campaign is a fun and effective method of educating the public about the harm caused by the fishing industry.”

Tabrizi continued to explain how putting pressure on fast-food giants to do better can only amount to positive change.

Good Catch was launched in the US in 2018 by Wicked Kitchen founders Chad and Derek Sarno.

The brand has been hailed for its realistic fishy taste and texture by using six simple legumes.

Fish-free fans can bag Good Catch’s products in the US and now in the UK.

In a statement made to Vegan Food & Living, Chad Sarno noted: “Our mission is to make plant-based seafood that’s good for the sea and all life who call it home.”