The global vegan food industry will exceed a staggering $91 billion by the year 2027 thanks to growing ‘consumer demand’.

According to a new report, the plant-based food market is forecasted to grow at a CAGR of 18.1 percent over the next five years – from $40.1 billion to $91.9 billion.

Analysts at Research And Markets say interest in vegan food is being pushed by ‘several factors’ including research into the health benefits of plant-based diets.

Key companies driving the market include Beyond Meat, Daring Foods, and Impossible Foods.

“New developments in the vegan sector emerge every year, paving the way for a global transition to a much more just, safe and sustainable food system,” the report states.

“The vegan industry experienced its most active growth in 2021, and many signs point to this as the beginning of a race for new vegan products on a global scale.” 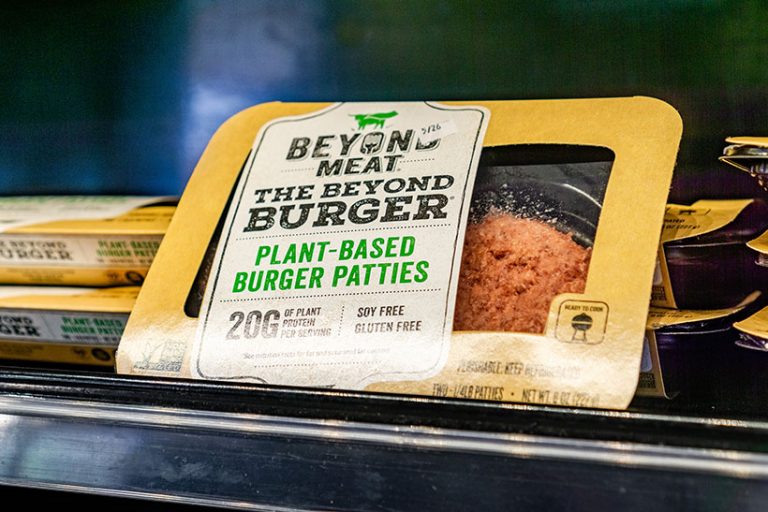 The new analysis also hails vegan food for ‘reducing the risk of zoonotic disease and antibiotics’ as well as the ability to ‘feed more people with fewer resources’.

It also boasts the environmental benefits of vegan food – which it describes as a ‘vast opportunity to help humans achieve net-zero emissions’.

Vegan cheese is a key sector in the plant-based food market predicted for exponential growth.

In fact, a recent report said the industry will exceed a whopping $7 billion in the next five years, growing at an impressive CAGR of nine percent.

According to Market Data Forecast, key drivers for the growth include animal welfare concerns, as well as a growing awareness of the health impact of consuming animal products.

Get ready for Veganuary with our hand-picked selection of the best vegan books.