A giant anti-dairy billboard has appeared in London and is expected to reach more than 7 million people to highlight the true horrors of the dairy industry. 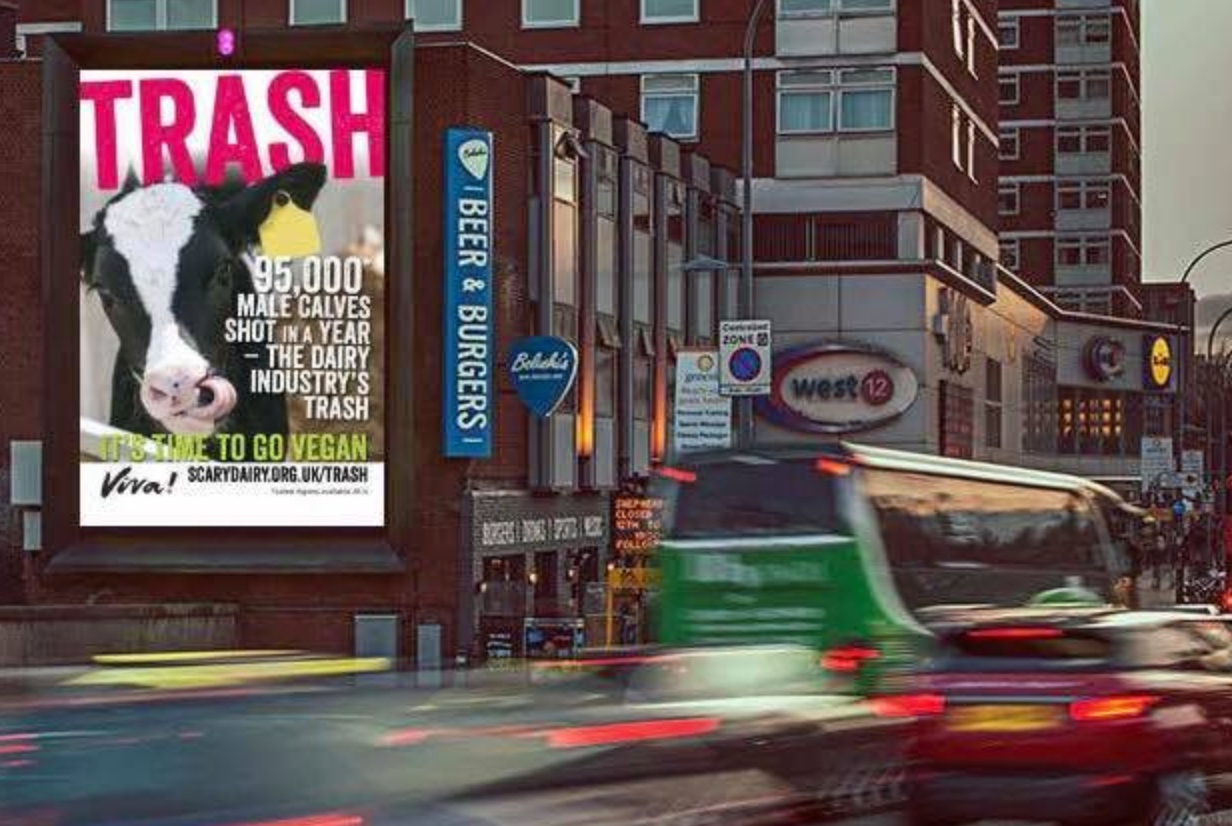 The board, which is appearing in the Shepherd Bush in west London, is part of Viva!’s Scary Dairy campaign, they’re focusing on “the dairy industry’s TRASH”, the male calves.

Many people are unaware that approximately 95,000 male calves are killed every year, as a useless by-product of the dairy industry, simply because these baby boys can’t give milk they are treated as trash and disposed of just after birth.

As part of a hard-hitting new campaign, Trash, the Bristol-based animal welfare charity wants to ‘raise awareness of the forgotten victims of the dairy industry – male calves’. 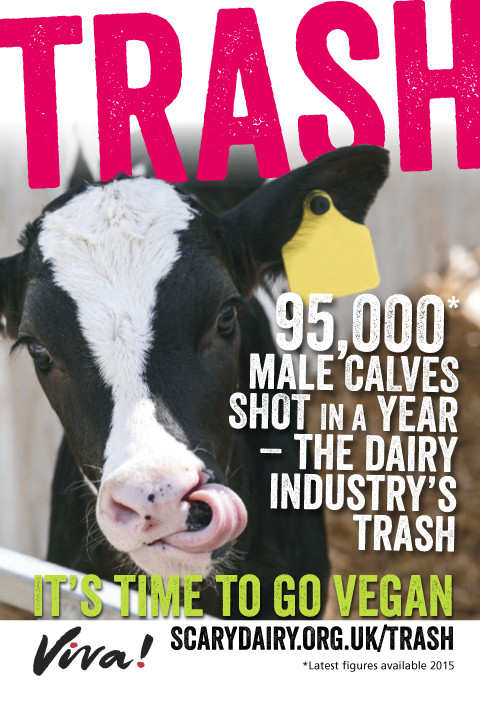 The billboard originally appeared on one of the busiest stretches of motorway in the UK in Birmingham and was expected to reach over 1.6million people over the course of the campaign.

Speaking about the new board in London, Gellatley said: “First it was Birmingham and now it is London to see our TRASH billboard, raising awareness of the dairy industry’s forgotten victims – Male calves.

“The emotional billboard has an estimated reach of 7.1 million people. We have received so much positive feedback and with your support have been able to expand our billboard advertisement to another city – London.”

The campaign, which was originally supposed to run throughout October, has been able to extend the billboard campaign thanks to fundraising. 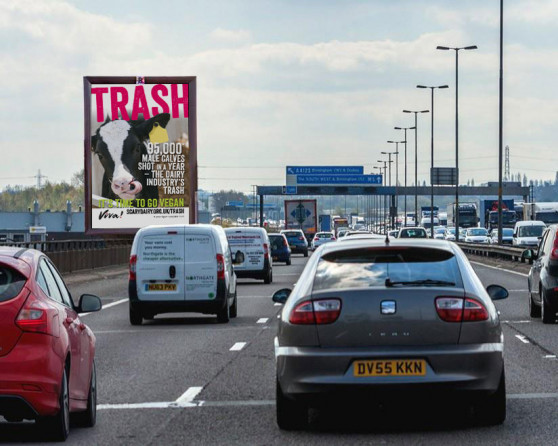 As well as sharing the vegan message via billboard posters, Viva! has also created YouTube adverts (directed by vegan media outlet Plant Based News) and will be holding street actions throughout October.

The street action events are set to take place across eight UK cities from Glasgow to London and will feature an eight-foot-tall inflatable milk carton in a bid to attract passers-by into discussions about the problems surrounding the dairy industry, with the hope that it will spur them to opt for plant-based alternatives to dairy products.

The street action events will take place in the following locations this October: