Germany to ban the culling of male chicks from 2022

Germany has drawn up a draft law to ban the mass culling of male chicks from 2022, becoming the first country to do so.

Germany could be ending the culling of male chicks in the egg industry for good from 2022 if the law is approved by the German parliament.

This move would make Germany the first country to end this barbaric killing, according to agriculture minister Julia Klöckner.

Around 45 million male chicks are culled each year in the egg industry worldwide because they will not produce eggs nor grow big enough to be killed for meat later in life. This means that they are killed within hours of hatching, usually by suffocation, gassing, or live maceration (shredding).

Instead of using this cruel process, Germany plans to prevent male chicks from being born in the first place by identifying the sex of the chick before it even hatches.

Speaking about the ban, Klöckner says Germany “has invested millions of euros in alternatives, bringing animal welfare and economic efficiency together on German soil.” 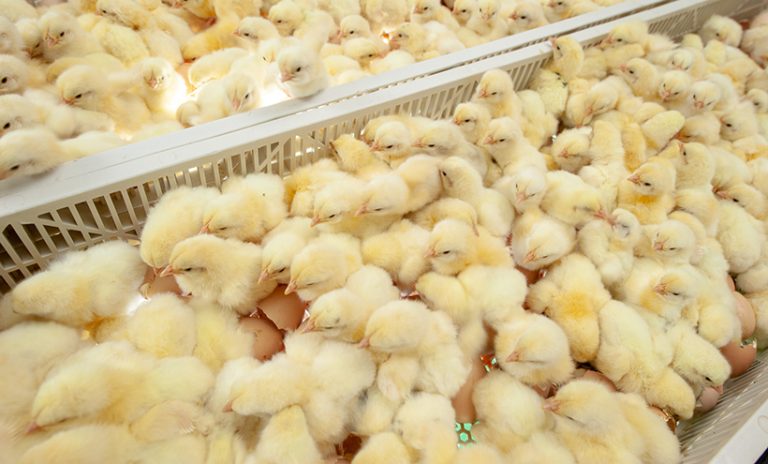 Bans in other countries

While Germany will be the first country to ban the culling of male chicks altogether, certain practices have been banned in other countries.

Last year, France joined Switzerland and vowed to ban the live maceration of chicks by the end of 2021. The country also said it would also no longer castrate pigs without anaesthesia.

This is huge progress, however, it has been criticised for not going far enough. Compassion in World Farming (CIWF) believes the country must stop the barbaric castration of piglets altogether and has also criticised agriculture minister Didier Guillaume for not announcing a ban on eggs from cage-raised chickens who live their lives in horrific conditions.

It seems that while progress is slowly but surely being made to protect the welfare of farmed animals, it is simply not enough. The egg industry needs to end altogether to really stop suffering, but we likely won’t see that day for a long time so for now, we must champion progress.

Not sure what to swap for eggs in recipes?
Read our round-up of the best vegan egg alternatives to use for baking.