Germany’s environment minister Barbara Hendricks has ordered only vegetarian food to be served at official functions as eating meat is damaging to the environment. 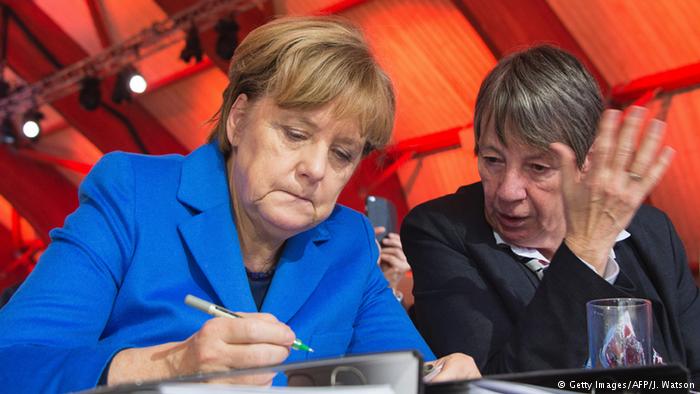 Minsters within the German government are coming to blows this week as the environment minster Barbara Hendricks is putting her money where her mouth is and has ordered only vegetarian food to be served at official government functions as evidence shows that eating meat is damaging to the environment.

However, the new ban has not been well received by other ministers, and with elections only months away, it was only a matter of time before tempers started to fray.

But no one expected the first falling-out to be over vegetarian vol-au-vents.

“I’m not having this Veggie Day through the back door,” Christian Schmidt, the food minister, said.

“We’re not tell anyone what they should eat,” the environment ministry said in a statement. “But we want to set a good example for climate protection, because vegetarian food is more climate-friendly than meat and fish.”

The ban emerged in an email to department heads from a senior civil servant in the environment ministry. The ministry has a responsibility to combat the “negative effects of meat consumption” and must “set an example”, as it is claimed that meat farming accounts for up to a third of greenhouse gas emissions, the email said.