Fruittella has launched a new line of gelatine-free vegan sweets

Italian confectioner Perfetti Van Melle is tapping into the growing demand for vegan products with the release of a new line of gelatine-free Fruittella soft candy. 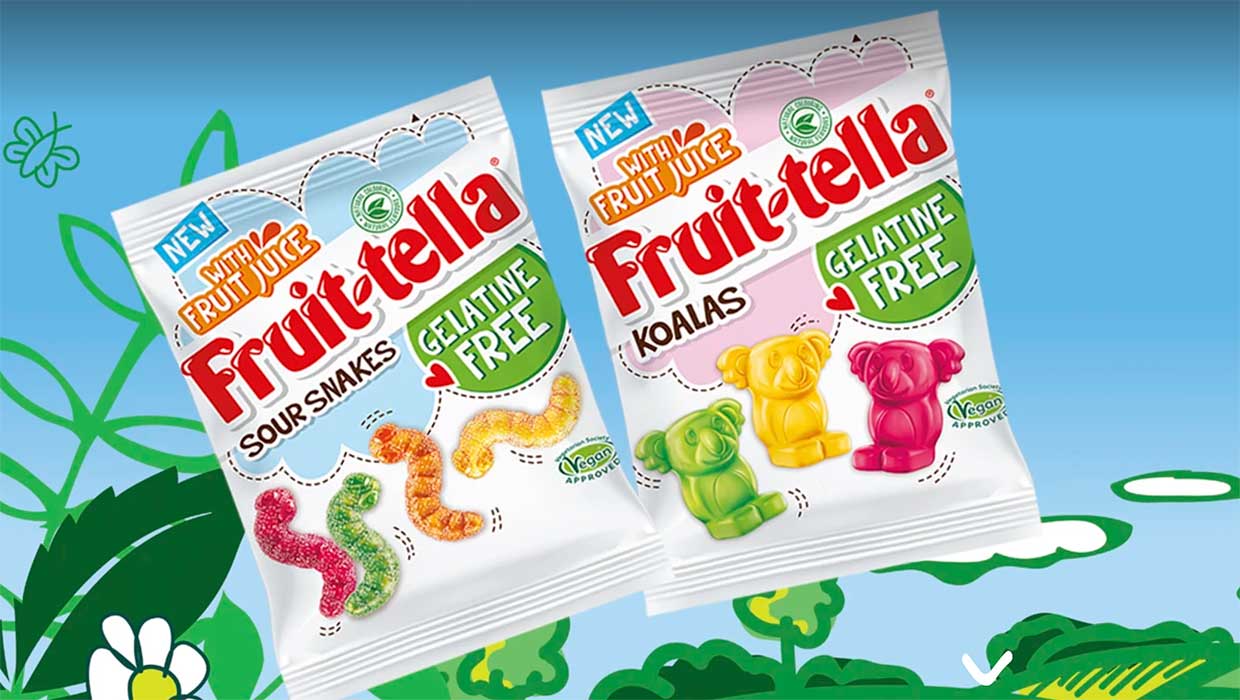 Fruittella has announced the launch of a new line of gelatine-free soft candy after seeing the “huge demand for vegan sweets” from consumers.

Two fruity-flavoured new products are joining its range of sweets – Fruittella Koalas and Fruittella Sour Snakes, both of which will be priced at £1.29 per 120g bag and are made with real fruit juice and natural colouring.

To ensure consumers peace of mind, the products are registered with The Vegetarian Society’s vegan logo.

The move to create vegan-friendly sweets was inspired by the rapid rise in demand for vegan products. Speaking to The Grocer, Fruittella brand manager Diego Pol explained that veganism was “the biggest trend of the 21st century – with over 23 million people now open to a meat-free diet.”

The company will be promoting the new products in its “biggest campaign in recent years” with a series of television adverts.

The gelatine-free sweets are available to purchase now at Morrisons, Ocado, Co-op and WH Smith and will be rolled out to additional retailers later this year.