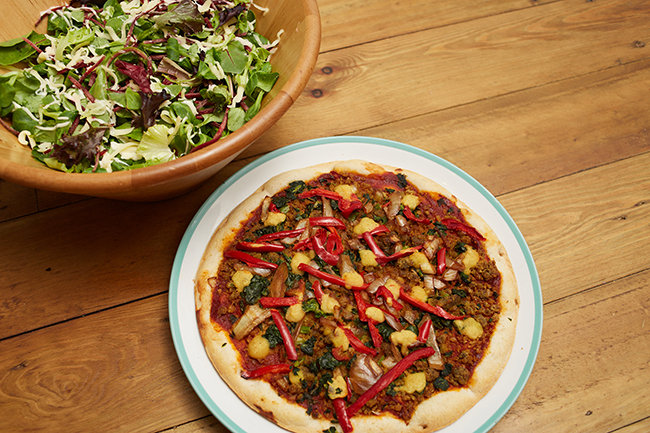 The first mass-market vegan frozen pizza, the new Goodfella’s pizza has been created to cater to the tastes of pizza lovers of all kinds, so there will be no more missing out on Friday nights gathering round a pizza and film for vegans.

Goodfella’s vegan pizza is topped with quality toppings including tasty falafel, delicious red peppers, spinach, white onion, spicy harissa sauce, and a moreish hummus drizzle for a meal that packs a punch and is fully approved by The Vegan Society. 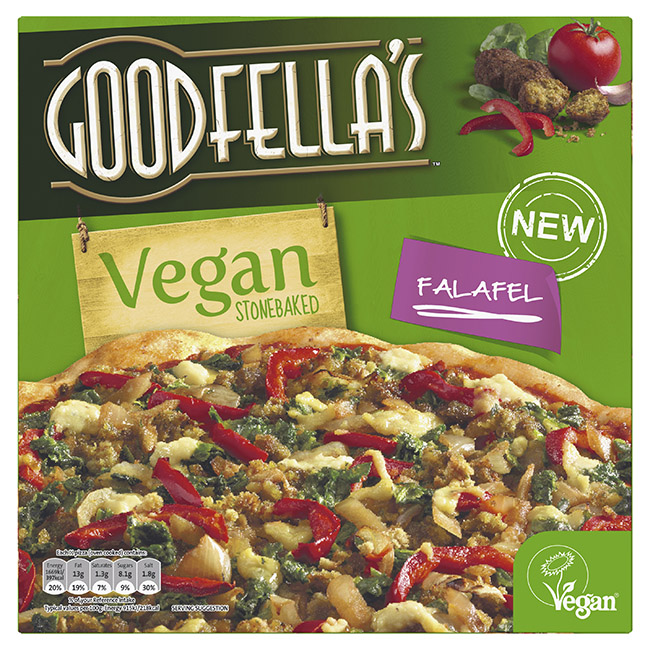 “We think this new pizza will appeal to all pizza-lovers. We’ve perfected the recipe and we’re really pleased with the result: flavoursome falafel, delicious veg, and the tastiest hummus drizzle… you’re less than 20 minutes away from a top-notch vegan dinner.”

Goodfella’s vegan pizza will be available in UK supermarkets nationwide from March 2018 and will retail for £2.50.