Fridays team up with Meatless Farm to veganise its signature dishes

High street food chain Fridays has expanded its vegan menu thanks to its new partnership with Meatless Farm.

The new additions will be based on the restaurant’s signature dishes, including its Sesame Strips in its Legendary Glaze.

Moreover, the move comes as almost half of Brits say they want to eat more plant-based food in 20221.

The recent partnership between Fridays and Meatless Farm will see four new exciting dishes added to the menu.

The Meatless Chicken strips are tossed in the Legendary Glaze made with Jack Daniel’s and topped with sesame seeds and chilli flakes for a sweet kick.

These new dishes are now available in Fridays stores nationwide.

Furthermore, these dishes will join other vegan-friendly items on Fridays’ menu, including the To Vegan and Beyond Burger, and Chocolate Chip Lava Cookie. Delicious! 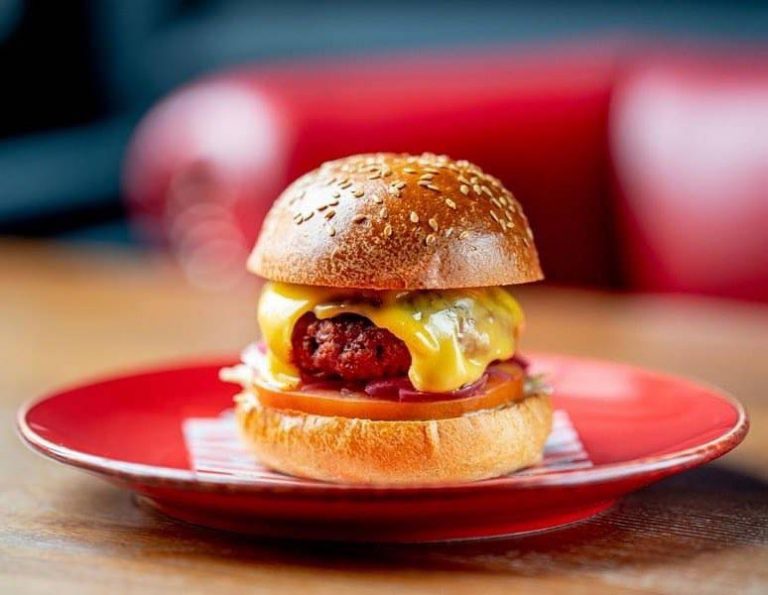 “Food that doesn’t compromise on taste and quality”

Following the launch of the new menu, Fridays’ CEO, Robert B. Cook, said: “We want our iconic Fridays’ service, spirit of generosity, and delicious, freshly-prepared food, to be available to everyone.

“We’re thrilled to be offering these new dishes in partnership with Meatless Farm, who share our passion for exciting food that doesn’t compromise on taste and quality.”

Additionally, Morten Toft Bech, Founder of Meatless Farm, explained: “A partnership with an iconic restaurant brand such as Fridays deserves iconic dishes at a time when more people than ever before are looking for simple plant-based swaps.

“The legendary chicken sesame strips with our meatless twist is not to be missed!”

Prefer cooking to eating out?
Here are our favourite vegan ‘fakeaway’ recipes you can make at home