French biologists have spent three years creating a realistic, multi-functional vegan egg that fries like a chickens egg and can be used in both baking and cooking

We’ve very fond of the saying “Anything you can make, we can make vegan!” as plant-based food innovation has come on so far in recent years that we vegans can enjoy everything from vegan steak and bacon to ice cream and cheese all made without animal ingredients.

There is however one notoriously difficult animal product that culinary creators have yet to crack the code on… until now that is!

French biology students Philippine Soulères and Sheryline Thavisouk have been working hard to create a realistic vegan egg that fries like a chickens egg and can be used in baking and cooking as currently there are few options available to vegans and none which truly mimic eggs in appearance.

According to the duo’s website: “The idea for Merveillœufs originated in 2017, when Sheryline and Filipina asked people on a vegan diet what they lacked. The answer was clear: it’s the eggs!”

As part of a project at Paris’ Ecole de Biologie Industrielle, the biologists have spent three years and trialled over 50 recipes to create a vegan-friendly egg that is clearly recognisable as an egg, albeit one made entirely without animals.

Although the eggs are completely free from animal products, they featured both the distinctive white and yolk and even come in their own eco-friendly shells.

What sets them apart from other egg alternatives available on the market such as OGGS or Just is their multi-functional abilities which means they can be fried up like an egg, scrambled and even used in baking.

For example, OGGs aquafaba has been designed specifically for use in baking while Just’s egg replacer is designed to make perfect vegan scrambled eggs.

The culinary wizards are still developing the final recipe of their vegan-friendly egg but have said that it will likely be based on legumes. 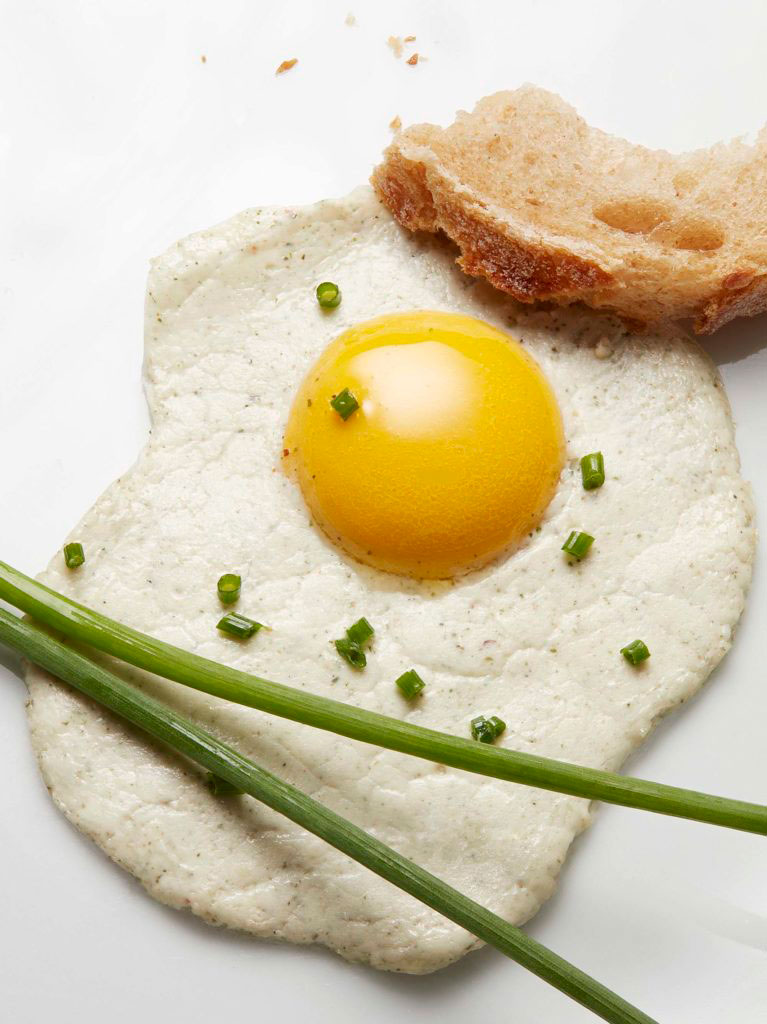 The pair have now launched Les Merveilloeufs, a play on the French word, “merveilleux” meaning marvellous and “oeufs”, to make the vegan egg more widely available to both vegans and those with food allergies and intolerances and are aiming to stock the innovative product in supermarkets soon following a successful crowdfunding campaign.

“When creating the Merveillœufs, the most complicated aspect was making sure they could match up when it comes to cooking. Hens’ eggs are used in such a variety of different ways, which means they are hard to replicate,” the inventors told Euronews Living.