A creative vegan cook is creating an eggstravaganza that must be seen to be believed – show-stopping vegan creme egg Scotch eggs! 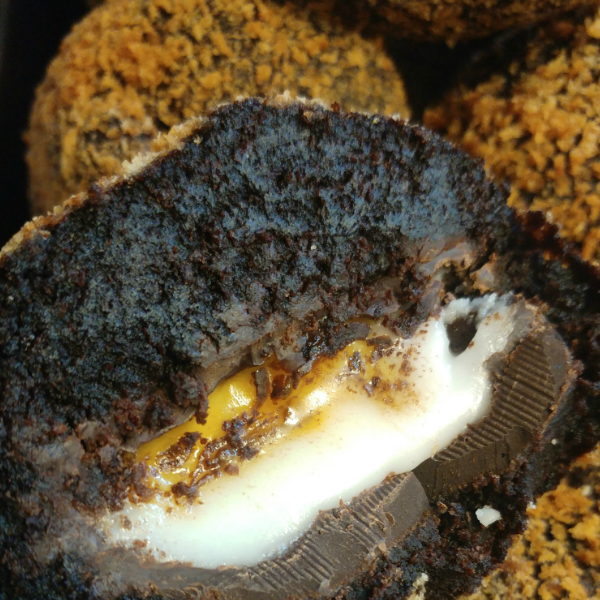 Creme eggs are a staple treat at Easter time, so much so that vegan chocolatiers have been getting in on the action with the launch of vegan-friendly fondant-filled eggs.

But one creative cook is taking this chocolate institution to the next level by creating an eggstravaganza that must be seen to be believed – show-stopping vegan creme egg Scotch eggs! 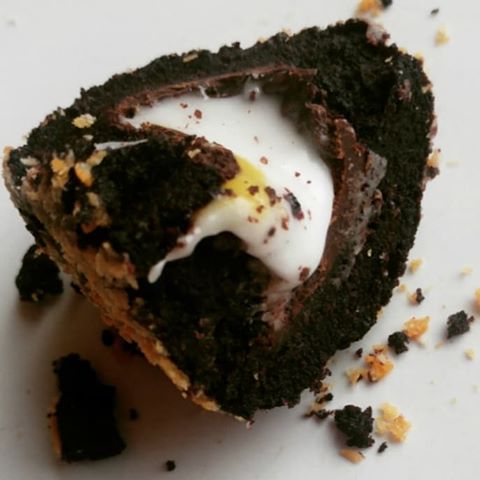 No stranger to creating mouth-watering vegan desserts you could only imagine in your wildest dreams, Lizzi Flaherty from Food by Lizzi has taken handmade vegan creme eggs, wrapped them in her deliciously dense and fudgy rich chocolate cake before coating the whole thing in crispy breadcrumbs. Lizzi then takes the whole thing and deep fries it….because, well…why not?!

Did we mention the sheer size of these eye-popping indulgences? Whilst Lizzi’s vegan Scotch Eggless eggs measure roughly the same size as a tennis ball, these deep-fried balls of amazingness are one and a half times bigger!

Arghhhh these creations by @foodbylizzi are INSANE and brilliant in equal measure. Make sure you have someone to share with though because they are sizeable…and I bought two. This is called the Eggstraveganza. 100% vegan. 100% delicious. 100% going to have a lie down. 😬

As well as offering The Eggstravenganza, Food By Lizzi creates a full range of 13 flavours of vegan sweet Scotch Eggs including mint chocolate (The Midnight), Turkish Delight (Full Bloom) Biscoff and Parma Violet. Lizzi is also currently working to create a cinder toffee flavour and has more lip-smacking flavours in development as we speak! 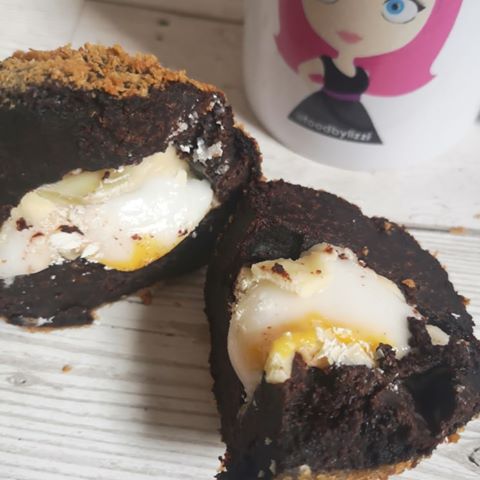 If sugary sweet treats are not your cup of tea then Lizzi also creates a sumptuous selection of entirely vegan Scotch eggs called Scotch Eggless® which are currently available in 30 different flavours and counting.

The Scotch Eggless has a tofu “egg mayonnaise” centre surrounded by soya mince, coated in breadcrumbs and of course deep fried for extra deliciousness. The perfect addition to your picnic basket this summer!

Food By Lizzi’s incredible creations are available to purchase at www.foodbylizzi.com, as well as from Lizzi’s market stall in East Anglia and from The Little Shop of Vegans in Norwich.